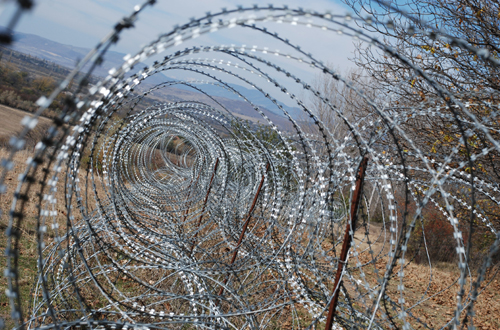 In 2009 then U.S. Secretary of State Hillary Clinton called on Georgia to pursue policy of “strategic patience” in respect of its breakaway regions of Abkhazia and South Ossetia. Six years after the policy has been coined, Civil.ge asked several foreign policy analysts if the “strategic patience” remains an option for Georgia and what does it mean in the current context?

A lot has changed in the last six years since Hilary Clinton advised President Mikheil Saakashvili to have “strategic patience” on the Abkhazia and South Ossetia questions. The US response reflected the initial assessment that the Russia-Georgia war of 2008 was an aberration stemming from local circumstances. The assumption was that the solution to the problem of the breakaway regions could be reached over the medium to long term through negotiation and the gradual incorporation of the post-Soviet space into the Transatlantic community, initially through closer engagement with the European Union.

The crisis in Ukraine has transformed European security. Russia has clearly asserted that it intends to have the leading role in the post-Soviet space and that it will do what it takes to block the Transatlantic community – including threatening the use of nuclear weapons. The Europeans have made clear that the limits of their military commitment are defined by the borders of NATO. For a country like Georgia, there is little alternative but finding a way to live with Russia and await opportunities for a change in Moscow.

But strategic patience is not enough with an unpredictable Russia, perhaps better advice today is “speak soft but carry a big stick”.

In 2009, then-Secretary of State Hillary Clinton counseled “strategic patience” to Georgia regarding reunification with the separatist territories. Six years on, Georgian policy has become arguably more restrained and conciliatory, yet there is little indication that the country is anywhere closer to bringing South Ossetia and Abkhazia back into the fold. If anything, Moscow’s domination of those regions have become even more comprehensive, while Russian expansionism has shifted Westward into Ukraine – taking Western attentions with it. Georgia’s outstanding territorial issues look to be on the remotest of back-burners.

Strategic patience is not working because Georgian territorial reunification is an ideal outcome – but not a Western priority. In truth, Secretary Clinton’s admonition was more about maintaining restraint in the face of a preponderance of Russian military power – and the West’s concomitant unwillingness to intervene in the event of another conflict – and not a blueprint for regaining the conflict regions. There is no forthcoming Russian withdrawal or Western grand bargain in the works that will poach Abkhazia or South Ossetia from Russian grips. If Georgia seeks to regain its territories, it needs to formulate a proactive, forward-looking plan that it can independently pursue. The West can and should help, but Georgians should not wait for Washington or Brussels to restore their lost regions.

If Georgia hopes to solve the conflicts peacefully, it needs to do more than just show that it is economically a “better deal” for Abkhazians and South Ossetians than Russia, although that is also a crucial element. Georgia must also seek to be a viable vehicle for South Ossetian, and especially Abkhazian, self-determination. Successive governments promise broad autonomy with words, but there little evidence of Georgian federacy in action – including in nominally autonomous Adjara – or a concrete, serious plan to make Abkhazian autonomy a reality. That needs to change.

But more broadly, Western urgings at “strategic patience” is a coded admission of failure in the present, and pleadings for time in the hope that conditions somehow improve. This is true of reunifying Georgia, and it is also true of similar pronouncements made regarding Georgian Euro-Atlantic aspirations. Ultimately, strategic patience only works if progress is ongoing; reunification can only happen if conditions are cultivated to exploit a future opportunity. For reunification, that means confidence-building and creative reforms to make Georgia a plausible option for Abkhazians and South Ossetians. For Euro-Atlantic integration, that means speaking softly but carrying a big stick, making Georgia as unpalatable a meal for Russian adventurism as possible while, conversely, being as attractive a partner to the West as possible.

For small states like Georgia, “strategic patience” is not just an option – it is an absolute necessity. In the most general sense, it refers to a keen, long-term view of the possibilities and limitations of the international environment; this is a requirement for all powers, great and small, but especially so for actors who, because of their limited capabilities, are less able to influence that environment themselves. Disregarding that environment can, at best, entail considerable costs for the small state involved; at worst, it can lead to its demise (although, thankfully, this remains an extremely rare occurrence in contemporary international society).

From a regional perspective, this entails, firstly, an awareness of the ‘rules of the game’ that govern international politics in one’s immediate environment. Georgia still sits outside the European ‘zone of democratic peace’ – made up mostly of EU and NATO member states – and must therefore adapt its policies to the harsher realities of the much more power-political former Soviet space. Essentially, this necessitates dealing with an increasingly assertive Russia, whose current leaders are both able and willing to project power into what they still see as an exclusive geopolitical sphere of interest.

This brings us to the second element in ‘strategic patience’: once one realizes that politics in the former Soviet Union are based more on the power politics of realism than the international legality of liberalism, one must always base one’s policies on a clear grasp of both power and interest, not just of oneself, but of potential allies and adversaries. In concreto, this means asking oneself whether and to what extent the West would be willing and able to counter-act Russia’s capabilities and neo-imperial aspirations; as long as the answer to that question remains in the negative, Tbilisi would have to be patient for a change to occur, either through a redefinition by Russia of its interests (away from the current geopolitical paradigm), a weakening of Russia, or, conversely, the sudden willingness of the West to intervene more pro-actively and forcefully in the former Soviet Union. Since none of these possibilities appear likely in the short term, Tbilisi would have to maintain its ‘strategic patience’ for some considerable time, adhering to its values and aspirations in the face of considerable pressure.