The U.S. Ambassador to Georgia, Kelly Degnan, denied Judge Lasha Chkhikvadze’s allegation of interference in the judicial system, saying that “any suggestion that the United States was interfering in the judicial process here is, is simply not true.” Judge Lasha Chkhikvadze had said that the U.S. Embassy asked him about his decision to imprison Mtavari Arkhi TV chief Nika Gvaramia.

Speaking with journalists at the completion of a U.S. Government-sponsored National Response Framework Executive Seminar on July 15, Amb. Degnan emphasized “We’ve spent years helping Georgia build an independent, impartial, transparent judiciary. It is an essential pillar of the work that we are doing to help Georgia strengthen its rule of law.”

“We will continue to work with the many partners we have in Georgia’s judicial system on that very goal,” she underscored.

Asked about Chkhikvadze’s removal from a U.S. exchange program for judges soon after Gvaramia’s verdict, the Ambassador said, “I can’t speak on behalf of the judge.  That wouldn’t be appropriate. I can say our programs are open to the many professionals in the judicial system that are interested in coming to exchange views and best practices with their counterparts in the United States.” “These have been very positive and they remain open to Georgian participants,” she added.

In response to recent allegations of surveillance of media after a secret recording of Mtavari Arkhi TV journalists was released yesterday, Amb. Degnan said, “This is a reminder of why we are so concerned about the reports of surveillance and monitoring of not just journalists, but of others in Georgia.”

“It’s why we urged the legislature to delay the passage of this recent surveillance law, which was not consistent with best practices or European Union law,” she stressed. “It’s why we have continued to press for a full investigation into the leaks about surveillance of the Georgian Orthodox Church and diplomats and others that happened last fall.”

“This continues to be an area of concern for all of us looking for a free and open society in Georgia…,” the Ambassador underscored. “The only way the citizens of Georgia, the people of Georgia are going to be able to get accurate news is if the journalists can go out and cover stories without worrying about being attacked, harassed, or intimidated.” 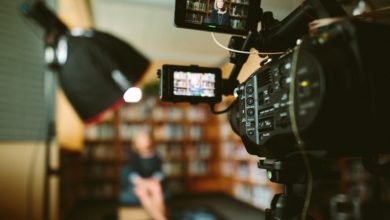