Ambulance workers in Tbilisi, the Georgian capital, have since May 27 kicked off a series of protests demanding improved work conditions and a 100% rise in wages, with the next rally slated for June 7.

As things stand now, the ambulance personnel work seven to eight 24-hour-long shifts per month, while their monthly remuneration is said to range from GEL 1200 (USD 400) to GEL 2000 (USD 665), depending on their position.

The workers resorted to protest among others over the authorities’ decision to discontinue monthly supplements equal to 50% of their salaries, a measure initially introduced as part of the Government’s response during the COVID-19 pandemic. But the workers say they had been promised that following the pandemic, they would get a permanent 50% raise.

One of the vocal protesters, Maguli Ebitashvili, a senior ambulance doctor, told Formula TV on May 31 that since the first demonstration, the Emergency Situations Coordination and Urgent Assistance Center, state agency, had offered to overhaul the system for shifts — with ambulance brigades working twelve hours 15-16 times a month and decreasing the number of teams working at night — in turn for a 20% raise.

“They offered us a so-called punitive measure… not only against doctors and medical brigades in general, but partly also against the population of Tbilisi,” Ebitashvili said.

She argued that with the more frequent shifts, the workers will not be to able hold other occupations for necessary additional income, all the while fewer ambulance teams working at night would cause “a collapse for the city.”

“They cut the 50% [supplements], and offer a 20% raise, so we will not even have the income we used to have” she also pointed out.

Another protester, doctor Konstantine Melnichuk, said on May 31 that the ambulance workers had demanded pay rises even before the pandemic hit. “During COVID, it would not have been correct for us to talk salaries,” he noted.

Melnichuk added also pointed out that the termination of the COVID-related pay supplements came as “COVID [pandemic] has not yet ended and while few in numbers, infected patients are still there.”

While the authorities have not yet met the protesters’ demand for a 100% raise, the ambulance workers’ two demonstrations, outside the Emergency Situations Coordination and Urgent Assistance Center on May 27 and outside the Ministry of IDPs from the Occupied Territories, Health, Labor and Social Affairs have still yielded some results.

The Georgian Trade Unions Confederation — which unites multiple labor unions including the Health, Pharmaceutical and Social Care Workers’ Independent Trade Union representing the ambulance workers — announced on May 27 that the authorities had paid completely the 50% supplement intended for April to the workers, in a one-off measure.

Meanwhile, on June 1, the Health, Pharmaceutical and Social Workers’ Trade Union reported that the Emergency Situations Coordination and Urgent Assistance Center had canceled a pilot program — intended to begin on June 1 — to test the 12-hour shifts at one of the fourteen branches of the emergency service in Tbilisi.

In a statement responding to the protesters’ demands on May 27, the Director of the Emergency Situations Coordination and Urgent Assistance Center, Aleksandre Kutibashvili said the 50% monthly supplements were discontinued as the number of ambulance calls had returned to the pre-pandemic amount.

He also argued that the proposed system for 12-hour shifts and increased pay, “would be more significant considering the interests of the populace, and would improve the quality of the service.” 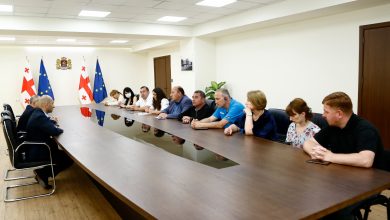 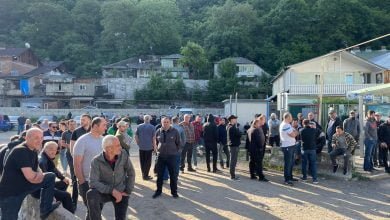