On April 29, the National Bank of Georgia (NBG) decided to reduce its key refinancing rate by 0.5 percentage points to 8.5%, amid the COVID-19 pandemic.

In a statement released today, the NBG noted that the annual inflation rate in March was 6.1 percent, adding that “supply factors caused by logistical constraints will delay the decline in inflation over the coming months; however, a sharp decline in external and domestic demand due to pandemic will create a downward pressure on inflation over the course of the year.”

Given the expected reduction in the demand, there is no need to further maintain such tightened policy stance. Hence, the Monetary Policy Committee started the gradual exit from the tightened policy,” the central bank said.

The NBG has started to tighten its monetary policy since September 2019, pushing the key refinancing rate from 6.5% to 9% in December 2019.

The bank based its decision on fears of “inflationary pressure” from the GEL exchange rate depreciation, and noted that the Monetary Policy Committee “stood ready to further continue policy tightening until the pressures from exchange rate receded.”

During its previous two meetings of January and March, however, the monetary policy committee kept its refinancing rate unchanged at 9%.

The NBG emphasized that despite the rate cut, “monetary policy remains tight, ensuring a return of inflation to the target level in the medium term.” It also stated that the monetary policy committee will exit the tight monetary policy stance gradually and “further steps will depend on how quickly inflation expectations recede.”

It also noted that “from the supply side factors, the delays in production and supply chains affect companies’ costs and, consequently, prices.” However, assuming that “the strict restrictions imposed by the spread of the COVID-19 are only temporary, the latter will only have a temporary effect, hence the monetary policy reaction to this type of shock will be counterproductive.”

According to the central bank, sharp decline of oil prices on international markets are being reflected on the gradual decline in gasoline prices in Georgia, while the expected substantial donor support will help mitigate the impact of the shock on the economic activity and inflation. The NBG also forecasts that Georgia’s real economic growth will be around -4 percent.

Considering current level of uncertainty, the NBG noted that, both credit and liquidity risks have increased, that was reflected in the growth of market interest rates.

“To ensure that liquidity risk does not limit credit to the economy, the NBG introduced additional instruments to provide liquidity. The NBG provides liquidity through swaps operations for both commercial banks and microfinance organizations,” the Central Bank’s statement reads.

The next meeting of the monetary policy committee of the Georgian National Bank is scheduled on June 24, 2020. 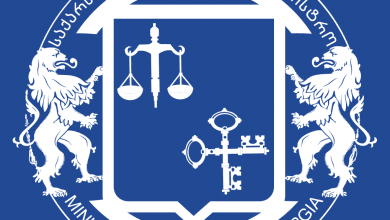 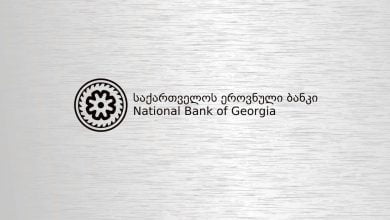