Georgia is hosting the 13th Defense and Security Conference (GDSC) on November 6-7 in Batumi on the Black Sea coast, bringing local and foreign dignitaries together.

In her opening remarks earlier today, Georgian President Salome Zurabishvili spoke of the growing security challenges for Georgia and the entire region. She said that in spite of current challenges of security, peace and development, the country “nevertheless, has remained, an island of stability,” succeeding to maintain its “economic and democratic development.”

President Zurabishvili noted that Russian military occupation of two Georgian regions brings “everyday security concern” to her country. “This occupation means a constant tension with Russia, endless incidents that could flare up in more dangerous situations that Georgia is constantly trying to prevent,” she stated, adding that “the humanitarian distress” of the people living on both sides of the dividing line “could challenge the peace and the peaceful development at any time.”

The Georgian President then underscored that Russia should be persuaded to adhere to its commitments taken in 2008 and to pursue “all the roads to a peaceful solution” together with the international community. “That is the only way towards a lasting security for everyone in the region,” Zurabishvili said, noting that “the answer of Georgia to these challenges is to be found both in its defense policy and in its peaceful economic and political development.”

In his remarks, Parliament Speaker Archil Talakvadze stated that “Georgia will remain a forward looking nation, creating its better future,” sharing values with its strategic partners, delivering its commitments to the global peace and security, and making its democracy stronger. “For the last several decades, NATO has been a safe harbor in the Arctic and the Mediterranean, in the Pacific and Black Sea waters. Therefore, we strongly support NATO and EU engagement in the Black Sea region,” Speaker Talakvadze said.

According to him, for Georgia, partnership with the United States, NATO and the EU “matters more than ever before,… because, as the world becomes more complicated and more dangerous, allies must stand together.” “30 years since the fall of the Berlin Wall, 27 years since the illegal occupation of Georgia’s territories, and five years since the illegal annexation of Crimea, Russia remains the biggest threat to the security and continues to build another wall of barbed wire on our soil,” Speaker Talakvadze added.

Talakvadze also stressed that partners of Georgia “should convey a clear and strong message to the Kremlin that redrawing of the borders in Europe through invasion and occupation, is unacceptable.” The Georgian Parliament Speaker noted as well that Russia “must be urged to start acting in accordance with international norms and principles.” He further noted that Georgia will remain committed to its “policy of peaceful conflict resolution.”

U.S. Congressman Adam Kinzinger, co-chair of the Congressional Georgia Caucus, who had introduced the bipartisan Georgia Support Act in House of Representatives back in January, also addressed the audience. In his remarks, Kinzinger said the U.S. stands “unwaveringly and unequivocally” with Georgian people for their rights to self-determination and territorial integrity, and it will “never recognize the illegal occupation of Georgia.”

On November 6, Minister Garibashvili met with Republican Congressmen Adam Kinzinger and Alexander Mooney, who are visiting Georgia on November 5-9 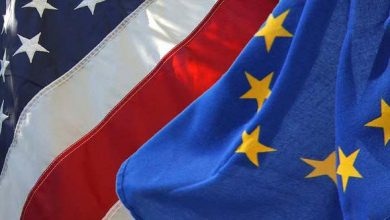