Protests in solidarity to Zaza Saralidze, father of one of the teenagers murdered in December 2017, seemed to have lost focus and momentum after two competing solidarity rallies were held in Tbilisi.

The rally on Rustaveli avenue was announced as a continuation of protests that were launched on 31 May. The announcement came following Zaza Saralidze’s appeal to the political parties to join his protest and help him “dismantle the system.”

The alternative rally was initiated by a group of young people at the centrally located Vake park. The organizers and participants, among them some former members of the Georgian Dream party, said they wanted to express solidarity with Zaza Saralidze personally, while at the same time distancing themselves from the rally on Rustaveli avenue, which they described as led by the opposition United National Movement. The organizers also called for establishing of a public commission for scrutinizing the teen murder case.

In a related development, also on June 3, the ruling Georgian Dream-Democratic Georgia convened a political council meeting on the matter. PM Kvirikashvili said after the meeting, that the party decided to schedule a special parliamentary sitting in the upcoming week for setting up an investigative commission for the teen murder case. The Prime Minister also announced that the Justice Ministry would launch consultations on selecting the new Chief Prosecutor on June 4, and that the process would be “as inclusive as possible.”

The timeline of events of Sunday, 3 June follows: 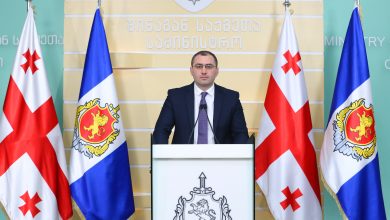