The Tbilisi City Court found Archpriest Giorgi Mamaladze guilty of plotting the murder of Shorena Tetruashvili, the Patriarch’s assistant, as well as of purchase and storage of firearms, and sentenced him to nine years in prison.

The archpriest was also sentenced to two years of imprisonment for illegal purchase and storage of firearms, but under the principle of concurrent sentencing, lesser penalty was absorbed by the graver penalty and consequently, Mamaladze was sentenced to nine years in prison.

Mamaladze, who denies the charges, refused to attend today’s trial.

In a statement released on September 5, the Georgian Prosecutor’s Office said that Giorgi Mamaladze, who served as the Director General at the Georgian Patriarchate’s St. Joachim and St. Ann Medical Center and as the Deputy Head of the Patriarchate’s Property Management Service, “plotted to murder Shorena Tetruashvili, assistant secretary of the Patriarch of Georgia, by using a highly toxic substance.”

Tetruashvili, who is not a cleric, is seen as a powerful personality in the Patriarch’s inner circle.

“Giorgi Mamaladze purchased 0.8740 grams of powder containing sodium cyanide, intended to be used for murdering Shorena Tetruashvili,” the Prosecutor’s Office said, adding that Mamaladze planned to leave for Germany on February 10, where the Georgian Patriarch, accompanied by Shorena Tetruashvili, was undergoing medical treatment, but he was arrested at Tbilisi International Airport shortly before departure.

“During the examination of his baggage, the hidden poisonous substance – sodium cyanide – was seized, which was intended to be used as a murder weapon,” the statement also reads.

Mamaladze’s defense lawyers said that they would appeal against the court ruling in the upper instance, adding that they might take the case to the Strasbourg-based European Court of Human Rights.

The Prosecutor’s Office plans to appeal against the verdict in the Court of Appeal as well.

A part of clerics, among them Metropolitan Petre Tsaava of Chkondidi, slammed the court ruling.

The Georgian Patriarchate has yet to make an official statement. Archpriest Kakhaber Gogotishvili, made a brief remark to the media on behalf of the Patriarchate, saying “the Patriarchate of Georgia was the one which suffered most from the case.” He also said that the entire Patriarchate “prays for father Giorgi.”

Georgian Public Defender Ucha Nanuashvili released a statement as well, saying that the guilty verdict “does not serve justice.” “The Public Defender will familiarize himself with the justification of the verdict in the nearest future in order to find out the specific evidence considered by the judge and the information deemed decisive for delivering the judgment,” Ucha Nanuashvili said, adding that the Public Defender’s Office would continue monitoring the case in upper instances and reflect all violations in a special report.

The Human Rights Center, Tbilisi-based non-governmental organization, slammed the court ruling as well, saying that the entire process was marred by serious violations.“Human Rights Center considers that the principles of equality and competition of parties have been violated in the so called ‘cyanide case’; top officials grossly violated the presumption of innocence with respect to Giorgi Mamaladze… The right to fair judiciary guaranteed by the European Convention on Human Rights has been violated,” reads the statement issued by the center on September 5.

The entire trial, which lasted for about five months, was closed to the public.

Archpriest Giorgi Mamaladze was arrested at Tbilisi International Airport on February 10, but information on his arrest was disclosed three days later.

Georgia’s Chief Prosecutor Irakli Shotadze said on February 13 that the investigation into the alleged murder plot was launched on February 2 based on the whistleblower claims that Archpriest Giorgi Mamaladze had asked for his help in procuring sodium cyanide, a poisonous chemical substance, which he intended to use for murdering “a high-ranking cleric.”

Although the Chief Prosecutor refrained from specifying Mamaladze’s target, he said that the Archpriest was arrested before departing for Germany, where the Patriarch was undergoing medical treatment, prompting reports that Mamaladze intended to poison the Patriarch. Prime Minister Giorgi Kvirikashvili released a statement shortly after Shotadze’s briefing, thanking the law enforcement agencies for “acting promptly” and preventing “a treacherous attack on the Church, an act against the country.”

The PM’s statement reinforced the speculations that the suspect targeted the Georgian Patriarch, but the Prosecutor’s Office clarified on February 16 that the alleged murder plot did not involve Ilia II, Patriarch of Georgia’s Orthodox Church. 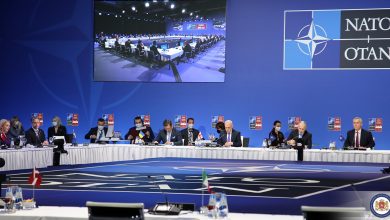