Recent weeks saw abduction of the Azerbaijani journalist Afgan Mukhtarli and the extradition case of Mustafa Çabuk, the Turkish national working as a high-school administrator in Georgia, who is being charged by Ankara for alleged connections with exiled cleric Fethullah Gullen.

We have asked analysts Lincoln Mitchell, Willam Dunbar and journalist Regis Gente: is Georgia finding the limits of compatibility of its declared EU path with the strategic alliance with Azerbaijan and Turkey?

Georgia has had a complex relationship with Azerbaijan. Despite the increased authoritarian nature of the latter, Georgia has long had close relations with its neighbor. This latest incident is of different nature, because Georgia acted in a way that veered towards Baku rather than democracy. I’m not sure this is a harbinger of a sea change in Georgia’s approach to Europe and Azerbaijan, but it clearly suggests this balance will become more difficult to maintain.

Unfortunately, the shameful cases of Mustafa Çabuk and Afgan Mukhtarli say more about the values of the Georgian government than about the country’s strategic alliances. There is no contradiction between Georgia enjoying fruitful, mutually beneficial relations with Turkey and Azerbaijan and it adhering to its stated values of upholding human rights and the rule of law.

Both cases show that the Georgian Dream care less about their commitments under national and international law than they do about cozying up to neighboring authoritarians for reasons that may have little to do with the national interest.

In the Çabuk case we have the administrator of a highly regarded Tbilisi private school, a man who has lived in the country for years, who Turkey believes is an agent of exiled cleric Fethullah Gulen. While it is certainly true that the Turkish government is being exhaustive in its search for Gulenists (considered by Turkey, but not by the EU or US to be terrorists), it is not clear what Georgia gains from detaining a lowly school administrator—other than the good graces of the Turkish ambassador to Tbilisi. Nor is it clear what negative consequences would have arisen had Çabuk not been arrested. It seems very unlikely that Turkey would overturn more than 20 years of deep engagement and investment with its eastern neighbor over a man who runs a small high school.

Nevertheless, it is true that Georgia’s relationship with Turkey is crucial and ought to be nurtured. Perhaps the government might curb the rise of Turkophobic organizations and news outlets, or allow a second mosque to be constructed in Batumi, if it wants put its relations with Ankara on a firmer footing.

The case of Afgan Mukhtarli is even more alarming. If, as Mukhtarli alleges, he was kidnapped by Georgian state security agents before being handed to the Azeri authorities somewhere on the border, it shows a complete breakdown in the rule of law in Georgia.

There are parallels with the 2007 kidnapping of an Iranian official in Tbilisi and his subsequent secret extradition to the US: the Georgian Dream promised that it would end such impunity and security overreach—it seems it just does it on the cheap.

The slightly less horrific option—that he was kidnapped by Azeri agents with no knowledge or acquiescence on the part of the Georgians—is still deeply humiliating for a country that prides itself on its low crime rate and reformed security forces.

If, as some people assume, Mukhtarli was handed over to Azerbaijan as a sort of present, to ensure good will and an uninterrupted gas supply, then the government have sold the country short. Georgia and Azerbaijan are mutually dependent on one another: Georgia needs gas, Azerbaijan needs markets.

Both cases show a failure of leadership on the part of a government that was voted in on promises of human rights and European integration. They demonstrate an administration unwilling to assert Georgian sovereignty or European values.

I fear that those sad and shameful events are less rooted in the question of “compatibility” between Georgia’s main strategic priority with interests linked to some neighboring countries. At least, for the Afgan Mukhtarli’s case, it’s not obvious that the State interests were involved. It might be that some Georgian officials have just been bribed by Azerbaijan, I don’t know…

If we look at another shameful story that pollutes Georgian news those days, two the young rappers that seem to have been persecuted by some police officers for mocking the police a video clip, we see that the problem might be elsewhere. It might be about a government that is not having sufficient will or principles any more, to make its civil servants respect the main values that are leading the country towards its strategic goals that are supported by the Georgian people.

If it is so, the quality of investigation and the severity of punishment in these cases will show us whether the Georgian leadership is ready to restore the order among its ranks. Failing to do so, the Government will be tainted, and this dark spot would be difficult to remove from the Georgians’ memories. People will remember it, because it is about injustice and because it goes fundamentally against the image of the State, that Georgia branded itself with for many years now: aspiring to be a model of the modern civilized country in this part of the world. 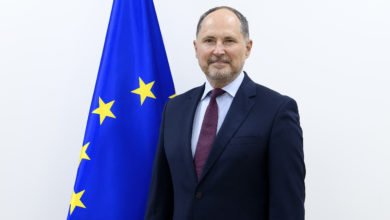 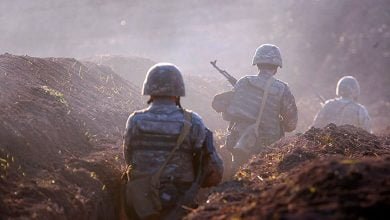