Leaders of two non-parliamentary opposition political parties – the Republican Party and the Free Democrats – confirmed on May 22 that the parties plan to join forces for the October 2017 Municipal Elections.

Khatuna Samnidze of the Republican Party told Civil.ge on May 22 that the two political parties are currently negotiating on modalities of their partnership and will announce its results in coming days.

“Talks are underway between us and the Free Democrats; since we have an experience in cooperation and since municipal elections are very important, and it is crucial for the parties with similar ideology and vision to strengthen through unification, I hope that the talks will be productive and successful and that we will be able to inform the public about our election strategy quite soon,” the Republican Party chair noted.

She also said that the negotiations between the two parties have been ongoing “for certain period of time.” “The process necessitated analyzing intra-party situation, meetings with members, talks with supporters and all these have led us to the condition, when I can already confirm that the process of negotiations is underway. But I cannot talk about the results of these negotiations [yet].”

Samnidze also stated that the Republican Party is in talks with the Free Democrats only. “At this stage, we only have negotiations with the party, which runs on a similar ideological platform; we are the members of the European-Liberal family and we have similar views,” she added.

Speaking to Civil.ge on May 22, Nino Goguadze, political secretary of the Free Democrats, said the parties “plan to end the consultations in 10 days,” but added that it is “early” to talk about unification. “Today, we are launching consultations with the Republican Party in order to coordinate our positions on whether we can run on a joint ticket,” Goguadze noted.

“We all saw following the [parliamentary] election that we should join our forces. The Republican Party and the Free Democrats have a similar ideological platform and western orientation. We also have a joint history of struggle against the United National Movement government and now with the Georgian Dream government. So, there are a lot of factors facilitating our unification for the municipal elections,” Goguadze also stated.

Goguadze added that the negotiation process “is very difficult, as all parties have their own interests,” but expressed hope that the talks would end successfully.

The Free Democrats and the Republican Party, the two influential junior members of the Georgian Dream coalition in the 2012 Parliamentary Election, ran independently in 2016 and failed to enter the parliament with 4.63 percent and 1.55 percent of nationwide votes, respectively.

The failure to enter the parliament prompted departures of several senior party officials of both parties, including their leaders, former Parliamentary Chairman Davit Usupashvili and former Defense Minister Irakli Alasania.

The Republican Party (since 2007) and the Free Democrats (since 2012) are full members of the Alliance of Liberals and Democrats for Europe (ALDE) Party, liberal-democratic political family in Europe. 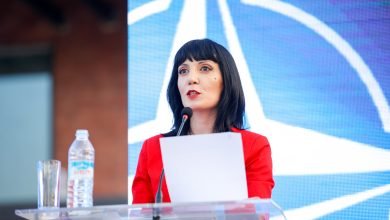 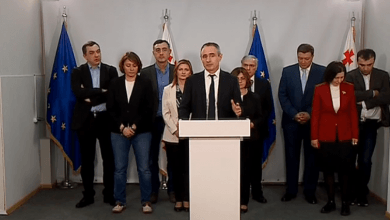