Nona Tsotsoria, judge of the European Court of Human Rights (ECHR) from Georgia, said on May 19 that the police search of her brother’s house in Batumi a day earlier, is related to her work at ECHR.

Media sources reported that the police seized two hunting rifles, a handgun and bullets following a four-hour long search in the flat of Otar Tsotsoria on May 18. They also said the investigation was launched on illegal purchase and possession of firearms. Otar Tsotsoria, however, has until now, not been charged and interrogated by the police.

Nona Tsotsoria released a brief note on Facebook a day later, saying the family did not know “how those objects appeared” in our house, referring to the handgun and bullets. “They do not belong to my brother or to any of the family members. My brother never had any conflict with the law and has no criminal record. Freedom, honesty, hard work and respect of the law have been and will remain the main values for my family,” she noted.

“I have the reasons to believe that those actions are related to my work at the European Court of Human Rights,” Tsotsoria added. “I would like to state unequivocally that nothing will affect on performing my judicial duties and I will continue contributing to strengthening democracy and human rights in Georgia.”

Otar Tsotsoria told reporters on May 19 that the two hunting rifles belonged to him and were registered, but added that the handgun and bullets were planted by the police, in an attempt to get back at her sister for her past position in UNM government.

“This is a pressure, reprisal, we cannot call it another word. This is a reprisal to my sister, through punishing me,” Tsotsoria stated.

Otar Tsotsoria, who owns a car repair shop in Batumi, said that the police inspected the service garage a month ago as well.

Opposition political parties denounced the police search, saying the move might be related to the government’s dissatisfaction over ECHR’s decisions on the two ongoing cases – over Rustavi 2 TV ownership dispute and over the case involving the former Prime Minister Vano Merabishvili.

The Movement for Liberty-European Georgia, which has the largest opposition faction in the parliament, issued a statement calling upon the Georgian government “to refrain from any pressure on Judge Tsotsoria and her family and respect her work in the European Court of Human Rights.”

“There is a high likelihood that this is politically-motivated, because Bidzina Ivanishvili (former Prime Minister) and the current government do not like ECHR decisions, on Rustavi 2, for instance, and they are trying to exert pressure on the family, on the brother of ECHR judge,” European Georgia’s Zurab Chiaberashvili added.

Khatia Dekanoidze of the United National Movement said there were many unaddressed questions on the matter and called on the government to conduct a transparent investigation.

“ECHR decision suspended the Georgian government’s step against Rustavi 2, which was very important for the country’s democratic development. So, instead of the carrying out their duties to conduct a non-biased and objective investigation, the law enforcement agencies are searching Nona Tsotsoria’s brother’s house and [allegedly] finding a gun, which the person (referring to Otar Tsotsoria) is saying does not belong to him,” Dekanoidze stated.

Aleksandre Jejelava, Deputy Prime Minister and Education Minister, responded to the accusations on May 19, saying the Otar Tsotsoria’s statement was a “defense strategy” to cover up the violation.

“Every person, who violates the law, prefers to come up with some kind of excuse, and in this case, this is a defense strategy. We would like to reiterate that no one stands above the law, neither the judge’s brother, nor the minister’s brother, no one. Therefore, if we are dealing with a violation, this is absolutely justified, regardless of who’s relative we are speaking about,” Jejelava noted.

Nona Tsotsoria, who served as the deputy chief prosecutor before joining ECHR in 2008, sits at court chambers on all Georgia-related cases. Tsotsoria’s tenure expired in January 2017, but was prolonged due to the PACE committee rejection of the three Georgia-nominated candidates to ECHR. 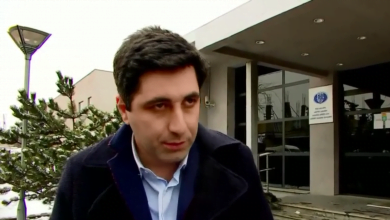 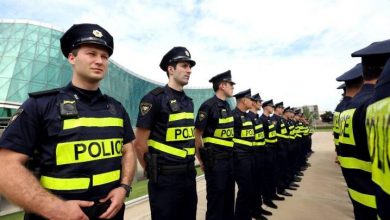 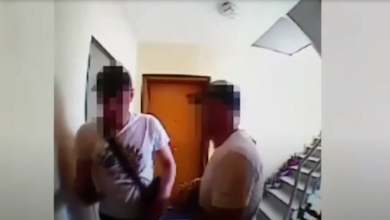