Tbilisi was Senator Lugar’s last stop on his week-long trip, which also included visits to Ukraine and Russia aimed at bolstering Nunn-Lugar Cooperative Threat Reduction program, which was passed by the Congress two decades ago and which aimed at assisting former Soviet states in dismantling nuclear and chemical weapons.

The USD 100 million lab, Central Public Health Reference Laboratory (CPHRL), was opened in Tbilisi outskirts in 2011 and at a ceremony on August 12 it was named after Senator Lugar to honor his “efforts to safeguard the world from stockpiles of nuclear, chemical, and biological weapons.”

Together with President Saakashvili Senator Lugar also participated in a groundbreaking ceremony for the administration building for the Georgian National Center for Disease Control, which will also house the offices of the U.S. Centers for Disease Control’s Global Disease Detection program and the Walter Reed Army Institute of Research.

Senator Lugar was accompanied by Andrew Weber, the U.S. assistant secretary of defense for nuclear, chemical and biological defense programs. Weber was present at the opening of CPHRL in April, 2011 and again visited Georgia together with representative from the Walter Reed Army Institute of Research in March, 2012.

President Saakashvili said that the facility together with planned training center was of “strategic importance” for Georgia.

While touring the state-of-the-art CPHRL lab together with the U.S. senator and the official from the Department of Defense, President Saakashvili said: “The Soviet Union, Russia has never made such investments in Georgia.”

“They were very cautious in respect of not allowing us to gain an access to something like this. So we should understand that this is the difference between the United States’ friendship and Soviet Union’s or modified version of Russian empire’s colonial treatment,” he said.

“Americans are not afraid, on the contrary, they want to make this kind of high-tech investments in its friendly and ally state, because it is also an investment to Georgia’s future. I am saying it for those who say: ‘what’s the difference between the United States and Russia’; the difference is huge,” Saakashvili said.

“Even if there was any small [facility] related to such sensitive technologies [located in Georgia during the Soviet times], they have been dismantled and taken away by the Soviet Union after Georgia gained independence,” he said. “Americans have built it in the independent Georgia for Georgia’s long-term future.”

Chief of Russia’s consumer protection agency, RosPotrebNadzor, Gennady Onishchenko, who in 2006 ordered ban of import of Georgian wines and mineral waters citing consumer safety concerns, said in April, 2012 that he could not understand why the U.S.-funded biological research facility was opened in Georgia and why, as he put it, U.S. “military medics” and “epidemiologists” were stationed “at our borders” in Georgia.

The U.S. embassy in Tbilisi said in a press release about Senator Lugar’s visit that the laboratory was designed “to promote public and animal health through infectious disease detection, epidemiological surveillance, and research for the benefit of Georgia, the Caucasus, and the global community.”

“As the U.S. and Georgia celebrate 20 years of bilateral cooperation between our two countries, the laboratory serves as a permanent reminder of the vital role Georgia plays in protecting itself and the region from potential threats, and the U.S. commitment to working with Georgia in these critical areas,” the U.S. embassy said.

On March 21, 2012 during a nomination hearing at the Senate Foreign Relations Committee, incoming U.S. ambassador to Georgia, Richard Norland, said after he was asked by Senator Lugar about CPHRL that the laboratory was “an extremely important project” both in terms of non-proliferation and in terms of public health, animal disease control and agriculture.

He said that the U.S. embassy in Tbilisi “is supporting the project actively” and “the U.S. army plans to actually station some people there to work with Georgians to make sure that the laboratory properly carries out its functions.”

During his visit in Tbilisi Senator Lugar met earlier on August 12 with representatives of opposition parties, in particular with Christian-Democratic Movement leader Giorgi Targamadze and three politicians from Bidzina Ivanishvili-led Georgian Dream coalition: Irakli Alasania, leader of Our Georgia-Free Democrats; Davit Usupashvili, leader of Republican Party and Tedo Japaridze of Ivanishvili’s Georgian Dream–Democratic Georgia party. Opposition representatives said after the meeting that upcoming parliamentary election was one of the main issues discussed.

While visiting CPHRL lab President Saakashvili also praised Senator Lugar for his contribution in passing those Senate “resolutions as a result of which Georgia is now receiving [the United States’] full support in equipping the Georgian armed forces.”

“Now we launched defense cooperation programs with the United States, which is a historic deed for Georgia. We could not have even imagined it several years ago. Richard Lugar is one of the major authors of this,” Saakashvili said. 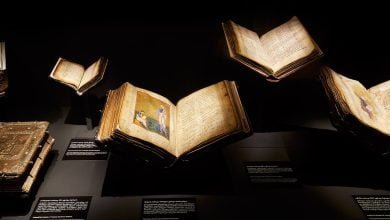