Wanted warlord Emzar Kvitsiani has threatened to launch a partisan warfare in Kodori gorge against Georgian governmental forces, warning locals in the gorge to evacuate women and children.

The threat was shown in a video message aired on Tbilisi-based Imedi television. Representatives from the channel say an anonymous person left the CD with Kvitsiani’s video message at the television station’s office in Tbilisi.

Kvitsiani is seen on the video dressed in  camouflage and sitting in a dark and identified place.

In the video address Kvitsiani demands that the Georgian authorities immediately release his sister Nora Kvitsiani and several of his co-fighters that were arrested after the Georgian troops took over the gorge in late July.

“I want to warn everyone… to leave Kodori Gorge. I have already announced the launch of hunting for [Georgian army] helicopters and policemen… I tried to stop this but nothing worked in dealing with you [referring to the authorities] because you were blood-thirsty. But I think it is you that will fail to exhaust the lakes of blood with your families. So it will be better if at least women and children are not in the [Kodori] Gorge… We have received lots of proposals for assistance, including from the North Caucasus… including from the Karachayans,” Kvitsiani says. 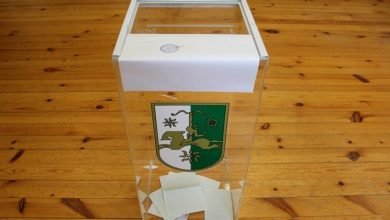