Tbilisi City Court ruled on Saturday to release former governor of Mtskheta-Mtianeti region Cesar Chocheli, who was arrested on January 24 on charges related to illegal entrepreneurship and money laundering, on GEL 200,000 bail.

Chochenli, who was governor of Mtskheta-Mtianeti region from early 2008 till November 2012, told journalists after the release that he was denying charges against him.

Finance Ministry’s investigative service said that while serving as governor, Chocheli was “illegally involved” in businesses of a construction and energy company New Energy, which was a state contractor in various projects. It claims that Chocheli received about GEL 5.4 million in undeclared income.

Preliminary court hearing into Chocheli’s case is scheduled for March 14.

Secretary General of the United National Movement, Vano Merabishvili said on January 25 that Cesar Chocheli was arrested for “absolutely ridiculous and fabricated” charges. 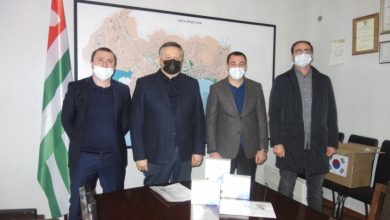