Georgian Minister of Justice Rati Bregadze is on a July 11-12 visit to Prague, the first since the Czech Republic assumed the Presidency of the Council of the European Union, to attend an informal meeting of Home Affairs and Justice Ministers of EU member states.

On the sidelines, Minister Bregadze met with his Czech counterpart, Minister of Justice Pavel Blažek, to discuss bilateral relations and the preparation of a memorandum between the two Ministries to deepen the convergence of Georgian legislation with EU law.

Deepening cooperation in the fields of e-governance and e-services was also considered, as well as organizing joint conferences and employee exchange programs.

Minister Bregadze is expected to make an address to the Ministerial meeting today detailing Georgia’s achievements in the field of electronic communication. He will also meet with his German and Greek counterparts. 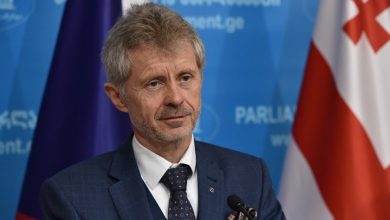