Below is the list of the first 10 candidates registered by Girchi (New Political Center), among them 3 women, 7 – men.

Party has not presented candidate for Tbilisi Mayoral elections. This will be the first election for Girchi since last year’s split after which former leader Zurab Japaridze has established new Girchi – More Freedom party. 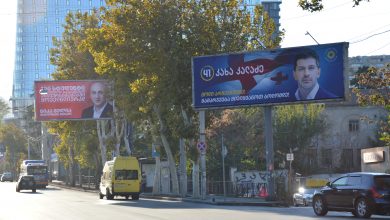