Nikoloz Topuridze, Mayor of Kharagauli Municipality in Georgia’s western Imereti region, has announced about his decision to resign, noting that he remains in the governing Georgian Dream party.

Topuridze wrote on his Facebook page that he had made the decision several months ago, but stayed on the post upon the request of the governor and the team amid the coronavirus pandemic. He did not, however, clarify the reasons behind his decision.

Nikoloz Topuridze will file a resignation to the Kharagauli Sakrebulo later today. He will be replaced by his deputy, Teimuraz Chkheidze.

Nikoloz Topuridze was elected as Mayor of Kharagauli after winning the 2017 local elections. He is the fifth mayor who resigned over the past several months. In March and April, Mayors of Kaspi, Terjola, Oni and Kutaisi also resigned.

In a parallel turn of events, media outlets reported two days ago that  Batumi Mayor Lasha Komakhidze has resigned. The City Hall of Batumi, Georgia’s port city, however, dismissed the reports. Komakhidze himself noted that he would hold a press conference on July 13 – the word he did not keep. It emerged today that the Mayor took a week-long leave.

According to the International Society for Fair Elections and Democracy (ISFED), a local watchdog, a wave of recent resignations by elected municipal mayors raises questions about its true motives.

ISFED also said in April that a set of resignations from elective positions for unclear reasons fuels the perception that self-governments are dictated by the central government and the ruling party. 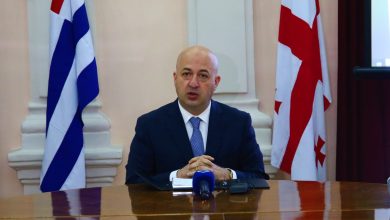