Tbilisi City Court ruled on August 11 that Nika Gvaramia, the former director general of Rustavi 2 TV, has to post a GEL 40,000 bail after being charged over abuse of power and will not be able to leave the country without the prosecutor’s permission.

The prosecution demanded GEL 80,000 bail for Gvaramia, but the judge halved the amount.

Nika Gvaramia slammed the court ruling as “an absolute delirium” and “shameful.”

He also noted that he would not pay the bail and would appeal the court decision in the upper instance. Gvaramia has a month term to post the bail. If he does not pay money, the prosecution has the right to file another motion with the court.

On August 9 the Prosecutor’s Office formally charged Nika Gvaramia, former director general of Rustavi 2 TV, Georgia’s most-watched television broadcaster, over abuse of power. The investigation has been launched under article 220 of the criminal code of Georgia, involving abuse of power and punished by imprisonment for a term of three to five years. 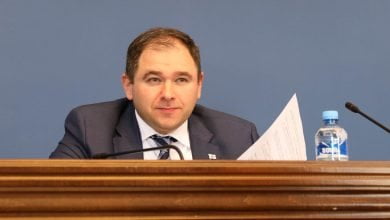