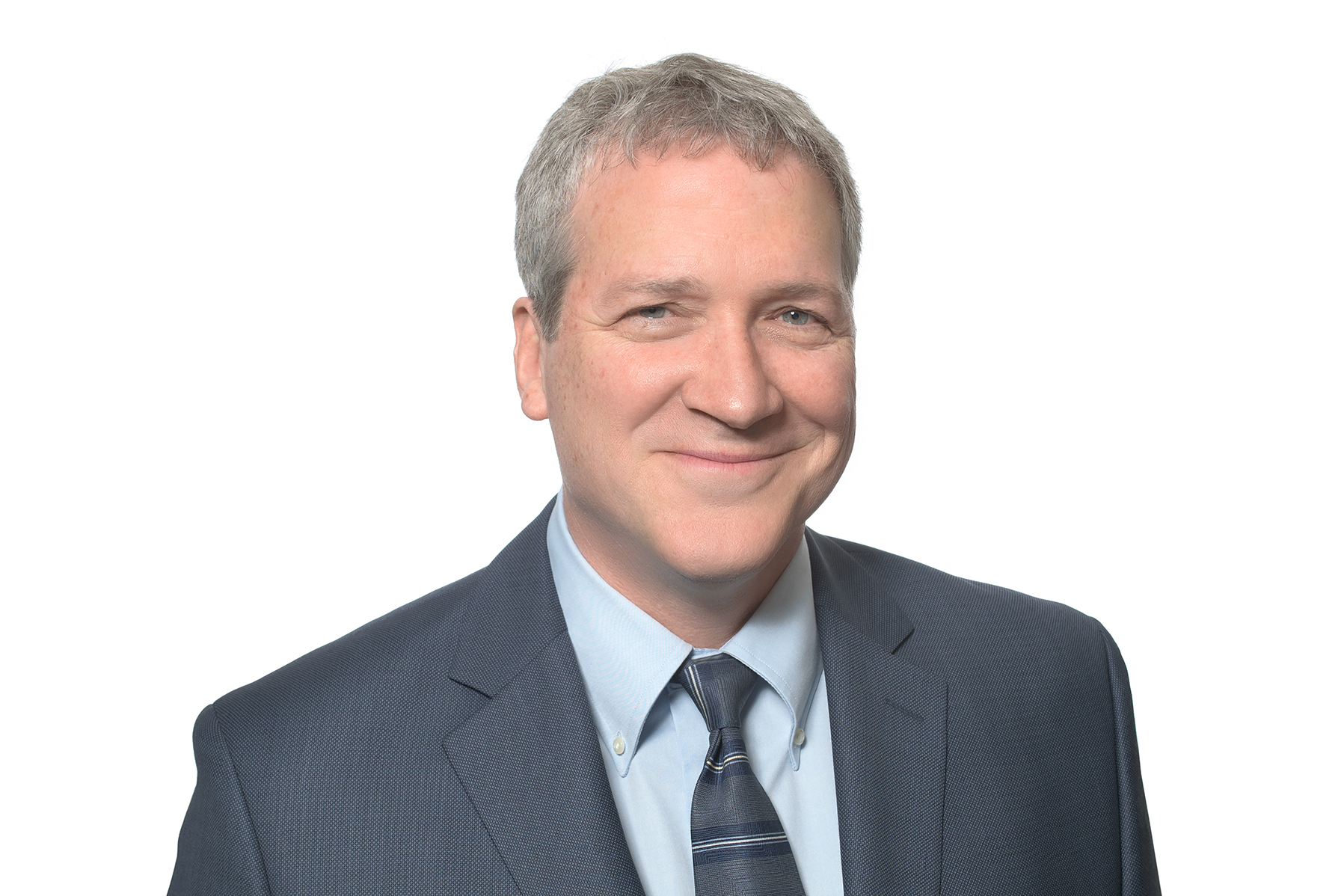 Ted Jonas is a lawyer in private practice who has lived in Tbilisi for over 20 years.

Last week the Georgian government hosted the Inter-Parliamentary Assembly of Orthodox Christian nations, which is headed by a Russian Communist Duma Deputy, Sergei Gavrilov. Gavrilov’s appearance in the Georgian Parliament, sitting in the Speaker’s chair and addressing the meeting in Russian, set off a huge protest within Parliament and on the streets.

Salome Zurabishvili, Georgia’s President, put the question well when she asked that morning, in effect, what is this organization, which ties Orthodox Christianity to Russian state interests, and why is Georgia “playing the game” of engaging with it?

The short answer to Zurabishvili’s query is that by hosting the conference, the Georgian Dream government was playing to two audiences.

The first is a domestic constituency of Georgian Orthodox Church hierarchs and their anti-liberal followers, who are a growing and active minority among the Georgian electorate. It is a demographic that is up for grabs in the upcoming 2020 Parliamentary elections, as the major governing and opposition parties compete for the new supporters they need to gain majorities. Both Bidzina Ivanishvili, the head of the ruling Georgian Dream Party, and Misha Saakashvili, a former President with an affection for right-wing populists like Viktor Orban and Donald Trump, are chasing these voters.

Second, the target – or interlocutor – of the Georgian government’s decision to host this conference is Vladimir Putin and the national security state he heads.

Moreover, improving economic and political relations with Moscow while holding the line on fundamental principles of sovereignty and territorial integrity seemed to be a good idea: Russia is a big country and Georgia’s neighbor, it isn’t going anywhere, and learning how to live with it while maintaining the state’s sovereignty and fundamental interests makes sense.

But not everyone has agreed that the Georgian Dream government’s stance towards Russia was as innocent as presented, and many have suspected them of selling out the country to Russia from the time they took office in 2012.

Regardless of that debate about the past, the Georgian Dream government has been drifting more recently towards the anti-liberal, religious program advocated by Russian propaganda.

This has an international context, of course: xenophobic populism has been on the rise in Europe and America, as most notably represented by Brexit in the UK, the election of Donald Trump in the United States, and the populist, anti-liberal drift of numerous states from Poland to Hungary to Turkey.

Disillusionment with globalization has provided fertile ground for a Russian propaganda program of white European and Christian nationalist resentment, which has been deployed to great effect in even powerful and established democracies.

How much more effective such propaganda can be when directed at a weaker and more vulnerable democracy right on Russia’s doorstep, Georgia. And in Georgia’s case, Russia has the two countries’ majority adherence to the Orthodox Christian faith to work with as a propaganda tool and fifth column.

The appearance of Gavrilov in the speaker’s chair of the Georgian Parliament  – as both a Russian Communist and an Orthodox Christian — was the most graphic possible illustration of the Russian propaganda program and the Georgian Government’s collaboration in it.

Coming on the heels of more and more dog whistles from the Georgian government towards anti-liberal Orthodox believers (such as President Zurabishvili’s recent “St Nino March” carrying a cross at the head of a procession through the Javakheti region), Gavrilov’s appearance showed how far Ivanishvili’s government has gone in appealing to anti-liberal religious sentiments and cooperating in the Russian propaganda program.

But Gavrilov’s appearance in Parliament went “a bridge too far,” to borrow an old American military phrase. It provoked a negative reaction from Georgians across the political spectrum.

Gavrilov was chased from the Parliament by opposition deputies, from his hotel by ordinary citizens, and had to be whisked by Georgian security services to the airport and onto his plane back to Moscow. While Putin and his team howled about “radicals” taking over the Parliament and treating their Duma deputy badly, most Georgians supported what the opposition and citizen activists did in evicting Gavrilov and his delegation from Georgia.

Gavrilov’s expulsion embarrassed Putin: embarrassed him because it was a public failure of just the kind of soft power play at which he normally excels; embarrassed him even more that the failed initiative rested on one of his pet programs  – using Orthodox Christianity to suppress Georgia’s pro-Western tendencies; and embarrassed him because Georgians made a  public statement to the world that they cannot stand him and have not forgiven Russia for its illegal occupation of 20% of their country’s territory.

Putin has now translated his embarrassment into action, banning flights between Russia and Georgia and calling on Russian tourists to come home. But just like the politically-driven Russian embargo on Georgian wine in 2006, this embargo is an opportunity for Georgia to re-orient its economy away from dependence on Russia.

And just as the wine embargo led to a renaissance in the quality of Georgian wine and food, so too is the tourist embargo an opportunity for Georgia to re-orient from mass tourism to a higher quality, sustainable tourism that draws on the country’s native cuisine, culture and nature.

The current government has badly damaged its reputation with both the invitation to the Russian deputy to speak in Georgia’s Parliament, and the extreme violence it deployed against mostly peaceful demonstrators on Rustaveli Avenue last Thursday.

The Guardian estimated the crowd at 10,000. I was at the protest with my wife, Nino. We left a few minutes before the police began firing tear gas, because we were bored; there were no speakers, no music and not much was happening.

Aside from a thin line of protesters at the top of the Parliament stairs – maybe 50 in number — who were pushing on the police line to try to enter the building, the other 9,950 were peaceful.  Nino and I were therefore totally surprised when we exited the Marriott Courtyard hotel 15 minutes after leaving the demonstration and walked straight into a huge cloud of tear gas on Freedom Square.

As the night wore on, hundreds of protesters were injured, many severely, by rubber bullets, two losing eyes, more with broken bones, and dozens with lacerations. A number of police were injured as well.

The unleashing of indiscriminate violence on the mostly peaceful crowd was so sudden that a legitimate question is raised whether Georgia’s informal ruler, Bidzina Ivanishvili, received an instruction from the offended Putin to take “severe measures.” Or was it just incompetent policing and therefore the fault of the Interior Minister, Giorgi Gakharia? At this point, we do not know.

An election is coming up in 2020, and that is when the Georgian people should choose their next government – unless an agreement can be reached to hold elections sooner.

The United National Movement’s tactic of trying to take over buildings and incite revolution at every protest is neither legitimate nor feasible when the party has no more than 20% public support.

Rather, the UNM, along with others of good will, should work together to establish and spread a national consensus on sovereignty, democracy based on rule of law, and the pro-Western orientation Georgia has consistently shown since re-gaining its independence in 1991.

There is wide agreement, even among many in the ruling party, that Georgia needs to adopt a proportional system of representation to Parliament for its elections to be more effective in reflecting actual public opinion.

Moreover, the retribution and vengeance which have characterized past political transitions in Georgia must end. This will help open up the present system to change, and ensure a more constructive aftermath in case of an opposition victory.

One hopes that the spirit of Georgia’s great king, David the Builder, who brought the Orthodox Church to heel in the Middle Ages as he built a powerful Georgian state, will once again inform the minds of leaders and voters, as they work in their own era to create a modern, independent, and effective state.