Georgian Public Defender Nino Lomjaria said on June 4 that peaceful assembly and manifestation is a constitutional right and the state has an obligation to protect peaceful demonstrators. Lomjaria responded to the Interior Ministry’s recent statement concerning a Pride Parade, an outdoor event with the participation of LGBTQI people.

The Interior Ministry released a statement on May 31, saying that a Pride Parade cannot be held at planned places and in its present format, citing the risks that persons involved. Tbilisi Pride, a non-governmental organization, which organizes the event, said that they would protect their fundamental right – freedom of assembly.

The Public Defender called on the Interior Ministry to take all measures to ensure that citizens exercise their right to peaceful assembly. Lomjaria said, the Ministry should substantiate its decision to restrict the freedom of assembly, but providing argumentation that such restriction is vital for functioning democratic  society, “is non-discriminatory in its effects, and the public good outweighs the damage done to personal liberties.”

“It is worth noting that LGBT+ community and human rights activists are deprived of the opportunity to live in a free environment, due largely to homophobic attitudes persisting in the society. Therefore, the Public Defender supposes that it is important for the state to help reduce such sentiments in the public,” the Public Defender’s Office said.

The Coalition for Equality, a group of ten civil society organizations, also commented on the matter several days ago, calling on the Interior Ministry to guarantee the participants’ freedom of assembly and protect their safety.

In the interview with Imedi TV on June 2, Georgian Interior Minister Giorgi Gakharia noted that “the Interior Ministry’s main task is to find a balance between the freedom of expression and safety [of participants].” 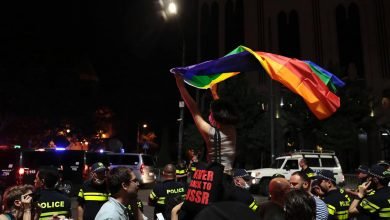 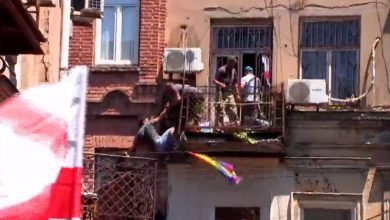