Georgian-Azerbaijani commission, tasked with border delimitation between the two countries, met in Baku on May 14, nearly a month after Azerbaijani border guards imposed five-day access restrictions to parts of the medieval David Gareji Monastery, stirring wide-spread condemnation in Tbilisi.

Deputy Foreign Ministers of Azerbaijan and Georgia, Khalaf Khalafov and Lasha Darsalia, respectively, took part in the meeting, together with representatives of other state agencies. The sides agreed to continue negotiations next week, both foreign ministries reported.

The Azerbaijani Foreign Ministry stated after the meeting “our expectation is that the delimitation of the state border between Azerbaijan and Georgia will be finalized shortly.”

The statement clarified that “on the eve of this year’s Easter holiday, Georgian border guards appealed to facilitate the border passing process for pilgrims that desired to visit sites located in the area of Azerbaijan’s Keshikchidagh State Historical-Cultural Reserve (editor’s note: the area of the monastic complex is known in Azerbaijan as Keshikchidagh).”

“In the spirit of close ties with Georgia, this appeal was considered positively by Azerbaijan. Then Georgian side has requested once more for the extension of this regime for the next week. The Azerbaijani side has also met this request with understanding,” it added.

In its statement, the Georgian Foreign Ministry said the parties spoke of importance of the issue, and underscored the need for “renewing active communication aiming at reconciling positions regarding the non-agreed sections.” The MFA also noted, that the sides underscored that any provocations around the matter are “unacceptable,” and that the sides agreed to pursue constructive discussions “in the spirit of strategic partnership.”

The lack of agreement on where the border between the two countries passes came into a sharp focus in the end of April, when Azerbaijani border guards restricted access to parts of David Gareji monastery. Although the restrictions were soon lifted, activists and local residents, as well as some nationalists have rallied, claiming Georgia’s rights to the disputed section.

Georgian President Salome Zurabishvili, whose visit has preceded the recent closure, told the Voice of America Georgian service in a recent interview, that “it is impossible, that countries which have such a friendly relations can not finalize the agreement on demarcation of borders, which is the first sign of statehood.” 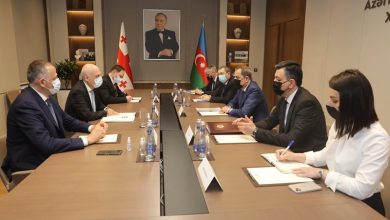 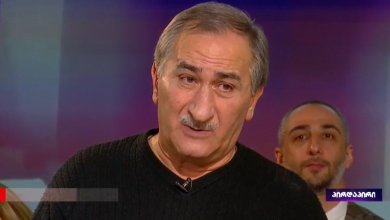