Four miners were killed and six others were injured in a mining accident at the Mindeli coal mine in Tkibuli, western Georgia.

The Interior Ministry said the accident occurred in one of the mine tunnels, presumably due to a methane gas exposition, which triggered a roof collapse.

Investigation into the matter has been launched under article 240 of the Criminal Code of Georgia, involving violation of mine safety regulations.

Prime Minister Mamuka Bakhtadze issued a statement on the matter, expressing his condolences to the families of the deceased. He also said the Mindeli mine would remain closed pending “high quality” technical inspection.

Besik Amiranashvili, Chief of the Regional Police Department in Imereti, reported earlier that all 25 mines in Tkibuli would be sealed until investigation is completed.

In Tkibuli, this is the second major mining accident in 2018. Six miners died and another three were injured in the Mindeli coal mine on April 5, reportedly as a result of a rock burst. 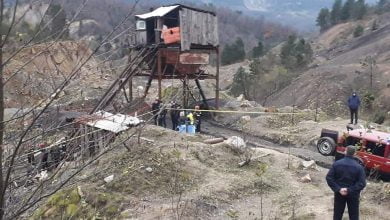