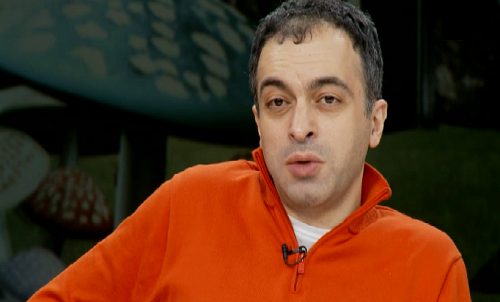 Tornike Sharashenidze is a professor and head of the MA programme in International Affairs at the Georgian Institute for Public Affairs (GIPA) in Tbilisi, Georgia.

Since the mid-1990s, Georgia has tried to lure the Abkhaz by preferential treatment – special status for the Abkhaz language, free electricity, free medical care… it goes without saying that the widest possible autonomy has been promised to the region. But nothing has worked. The free medical care project is considered somehow successful as many Abkhaz have enjoyed this privilege (which implies that they also enjoyed the famous Georgian hospitality and saw “Georgia proper” by their own eyes). But there are no signs that any of those privileged are expected to support the reintegration of Abkhazia with rest of Georgia.

Apart from that, the Georgian civil society has tried to reach out to the Abkhaz. In this regard, the Mshibzia (“hello” in the Abkhaz) campaign is very telling. Many Georgians said hello to the Abkhaz (mainly through social networks), but in return they got only good-bye in the Abkhaz language. Campaigns like this actually make everyone around (including the international organizations and NGOs interested in conflict resolution) believe that it is the Georgians who are 100% guilty and that the Abkhaz are completely innocent. Why otherwise would these Georgians apologize all the time? Indeed, by watching campaigns like this, one may even forget about the facts of the ethnic cleansing in Abkhazia that wiped out the Georgian population there (except the Gali region which the Abkhaz tacitly always recognized as a part of “Georgia proper”).

The facts speak for themselves – there is something wrong about those policies and about the whole attitude.

First of all, most of Georgians hardly know anything about the Abkhaz attitude towards Georgia. They hardly know that the Abkhaz normally believe that there is no place for Georgians in Abkhazia, that this region belongs to the Abkhaz only. So no matter what the Georgians do, the Abkhaz will hardly desire reintegration with Georgia, unless they change this attitude.

Of course, Georgia wants to have Abkhazia back, but after all Georgia can easily survive (and not just survive) without Abkhazia. And it can survive for long. On the hand, for how long can the Abkhaz survive the current situation? Do they enjoy economic growth under the current circumstances? Do they actually enjoy positive population growth? Do they have any perspective under the isolation? Who is going to be better off in the next decades – the Georgians or the Abkhaz? Definitely not the Abkhaz. So who should be more interested in dialogue and reconciliation? If we drop all sentiments that have marred Georgia’s respective attitude and policies then the answer is clear – it is the Abkhaz. It is the Abkhaz who risk much more if there is no reconciliation. It is definitely not the Abkhaz that have the luxury of procrastinating.

What, one might ask, is Georgia supposed to do if the Abkhaz do not demonstrate any willingness for the reconciliation? I have no answer to that but one thing is clear – the sentimental policy has not worked, so something has to change. In fact, I believe that the sentimental policy makes the Abkhaz believe that it is the Georgians who are more endangered with the current status quo, it is the Georgians that cannot survive the current situation. The more goodwill gestures the Georgians make, the more resources they spend for preferential treatment of the Abkhaz, the more stubborn the latter will become – if Georgians are so desperate to get the Abkhaz back, then the Abkhaz are doing everything right. The more desperate the Georgians are, the less chances there are for dialogue and reconciliation.

The Abkhaz have to realize what the odds are, but as long as Georgia demonstrates desperation and anxiety it will be difficult for them to assess everything with a clear head. Of course, it is going to be difficult for them to change their fundamental attitude toward Georgia (the one we mentioned above), especially after winning the war. But there is always some compromise to be made. Especially when there is so much at stake.

One might argue that Georgians have to be more responsible and tolerating than the Abkhaz, and that they should never stop making goodwill gestures. But everything should have a limit, especially when goodwill gestures have brought no result. Now the ball is on the other side.

After all, as Bismarck said, sentimental policy knows no reciprocity.