The summer break is now firmly behind us, and as Tbilisi braces to the end of the scorching summer heat, The Dispatch is back online. So is the political circus, with the opposition calling for early elections. Let’s catch up on the developments and set the stage for what’s coming.

ROLLERCOASTER HYPE If there has been one constant in this summer season, it has been the wave of delirious accusations of the “breakaway four” – ruling party MPs who formally stepped away – against Georgia’s international partners, notably the United States and its ambassador in Tbilisi, Kelly Degnan. The ruling party – at the highest levels – was using the wave of this campaign to insinuate and to accuse. As September arrived, Prime Minister Irakli Garibashvili changed tone, saying US is a valuable partner and friend, while confirming respect to Amb. Degnan. Have we reached an inflection point in the Georgian Dream’s anti-western campaign, some ask? There are some grounds to suggest so. After all, the Georgian Dream chair finally said they’d be endorsing the EU-mediated proposal for appointing the chief prosecutor. The ruling party also pledged not to nominate the candidate when the mandate of the current Public Defender expires, and to give opposition and CSOs space to nominate theirs.

TARNISHED FACE VALUE But there are grounds for this sudden goodwill to be taken with a strong pinch of salt. For one, much of this hype was instrumental, and has been linked with GD patron, Bidzina Ivanishvili’s financial troubles with his bankers at Credit Suisse. He was also being paranoid about being sanctioned by the US on the grounds of his Russian connections. But the case against the Swiss bank now seems to have mostly ended to Mr. Ivanishvilis satisfaction. And even though the Ukrainians put Mr. Ivanishvili on their sanctions wish-list, the U.S. – so far – demurs.

The Prime Minister is heading to Brussels on 6 September to participate in EU-Georgia Association Council meeting. It was high time to mend at least some fences. But there is no need for complacency: as Masha Gessen, pointed out brilliantly for The New Yorker, “all political regimes need their critics to mark the margins, so that the leader can position himself at the imaginary center.” She was of course, referring to Mr. Putin, but Mr. Ivanishvili has found populating the loonier margins of the political spectrum being a useful strategy. By injecting and fomenting the virulent anti-western narrative into the mainstream of politics, the Georgian Dream is positioning itself as the gatekeeper of chaos – a position, from where the Western partners can be threatened, bullied, and forced to bend the knee, make necessary concessions, rather than risk an open spat and a breakup. If you watch carefully, you see where the real storm is brewing.

WHO WILL DEFEND THE DEFENDERS The Public Defender of Georgia remains perhaps the sole independent office that speaks with authority and remains beyond the grasp of the ruling party. The imminent departure of Nino Lomjaria, who built her reputation as an independent and professional voice calling out government abuse, is creating an opening. The mandate expires on December 1, and even though the Georgian Dream has pledged not to have its own candidate, that pledge rings hollow. Let us remember, that the Georgian Dream did not have its candidate for the Presidential election either, but backed Salome Zurabishvili to the hilt. The promise to support the candidate endorsed by the opposition and CSOs is also less generous than it sounds: GD has been planting the non-governmental groups it influences into various boards for a while now: perhaps insufficiently to tilt the outcome, but strongly enough to mud the waters. The GD already hedged for that possibility, its spokesman saying “unfortunately” there is a “high risk of political sabotage” and promising to step in to break the eventual (or expected?) deadlock.

Some of the formally opposition parties also sing the tune that pleases GD. Girchi MP Rekhviashvili said recently that it is inappropriate to leave the decision-making process solely to CSOs, while the political responsibility will be on those who cast the ultimate vote in the Parliament. “Socialist” MP Fridon Injia questioned the need for having the office of the Public Defender. He suggested the referendum to let citizens decide.  Plenty of space then, for GD to position itself in the illusory middle: better GD-influenced Public Defender than not at all, right?! After all, Mrs. Zurabishvili has managed to break her chains with GD and is now being accused by the party leaders of siding with “enemy opposition”. Those kinds of [fake] dilemmas will be making their way to the Georgian desk officers’ files across Europe and Washington D.C. this autumn.

THE DOGGED WATCH Georgia’s established watchdogs have long been the thorn in the side of the ruling party. With professional staff, established international links and reputations, the likes of the Georgian Young Lawyers’ Association, Transparency International – Georgia, Economic Policy Research Center (EPRC), Open Society-Georgia Foundation (OSGF) and the International Society for Fair Elections and Democracy (ISFED) are a fixture of policy roundtables, policy working groups and legal drafting sessions. Recently, the attacks on them by the ruling party have escalated. GD Chair accused one OSGF expert of being “an extension of the party of war”. ISFED was excluded from the Electoral System Reforms Group, launched by the Parliament to ensure Georgia meets the EU’s demands for getting the candidacy. GD cited ISFED’s ‘’loss of neutrality’’ to justify the exclusion. Civil.ge had an insightful interview with ISFED CEO about this accusation. Both the EU and the US urged the ruling party to reverse the course.

On 5 September, Parliament Chair Shalva Papuashvili dropped out of the panel discussion at the Tbilisi International Conference, hosted by EPRC, citing his unwillingness to “participate in normalizing radicalization”. The conference is gathering a star panel of the U.S. and European think-tankers, but Mr. Papuashvili’s ire was apparently triggered by some of the attending opposition politicians’ critical remarks to the press on the margin. He was forcefully backed up by the party chair Irakli Kobakhidze, who went further by saying “the organizers of this conference are directly affiliated politically with those political groupings, that we call radical opposition”. “If you give the legitimacy to radical forces, than you normalize polarization,” Kobakhidze also argued, cynically turning the EU demand to end polarization against non-governmental groups. The high-level US State Department official, attending that very conference that Speaker Papuashvili snubbed, seems to have noticed the underlying threat. But it would be very much up to the Georgian activists themselves to beat back this challenge.

FOURTH BRANCH PROBLEMS A bystander, the capital city mayor, the ruling party and the communications commission, all are united in dissatisfaction by the critical part of the Georgian media. On August 23, the Georgian National Communications Commission (NCC) satisfied a complaint by the ruling GD against Mtavari Arkhi TV, Formula, and TV Pirveli. GD was unhappy about a clip aired by the three critical TVs. According to the ruling party, this was the campaign clip, which had no place outside the election period – a thinking that NCC backed. The watchdogs consider the accusation absurd, as this ruling suggests one can only air clips that criticize the government policies during the official election season.

A day later, a TV Formula crew was assaulted verbally and threatened by an aggressive bystander. But that is not all. Around a week later, Tbilisi City Mayor Kakha Kaladze made headlines by suing a TV Pirveli presenter. Kaladze is trying to prove in court that the presenter deliberately spread false information about him stealing a public money. With one opposition TV executive in jail, and others facing hefty fines and pressure, space for TV journalism is narrowing.

So no, the Georgian Dream’s anti-western rhetoric has not ended. The ruling party just voted to overcome President’s veto on surveillance law, on the day of the EU-Georgia Association Council meeting, despite the EU and the Council of Europe’s warnings. The particularly virulent strain of anti-western rhetoric, channeled through the “breakaway four” was – to borrow a currently popular military term – a “shaping operation”, aiming to soften the ground before the assault. And the targets of that assault have been painted with bright red pointer: CSOs and the media. Objective? We may hazard a guess: breezing through 2024 elections without having to cheat on the election day. 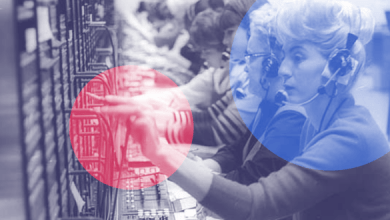