Tbilisi’s vegan non-profit community café, Kiwi, was targeted by around dozen men in an apparent hate-motivated crime on the evening of May 29, 2016. Assailants, who according to witnesses and café employees were from ultra-nationalist group, were brandishing grilled meat and sausages, and throwing them at café staff and guests. Kiwi-Café, which opened last summer on a small street in old part of the city center, has suggested in the statement that the attack was motivated not just by its veganism but also by its alternative lifestyle and acceptance of LGBT community. After the melee moved out into the street, the noise brought out some neighbors, who, Kiwi-Café said, “took the side of fascists” and who had already “showed us their negative attitude” for many times previously because “in their view we are ‘different’.” By the time the police arrived, the attackers were already gone. The café said that even one of the police officers behaved aggressively against employees and “yelled with anger, said that we are guilty of what had happened.” Condemning the attack, rights groups united in a coalition No to Phobia said in a statement on May 31, that “ignorance or lack of reaction from the police on hate-motivated crimes indirectly encourages aggressive ultra-nationalist groups”. Stories with headlines like “sausage-wielding” and “meat-wielding” extremists attacking vegan café in Tbilisi were reported in multiple Western media outlets, among them BBC, Deutsche Welle, ITV, The New York Times, Newsweek, as well as RFE/RL. 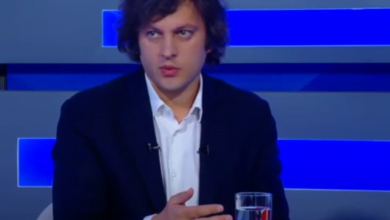