Seven judges from the European Court of Human Rights (ECHR) completed on Friday hearing testimonies from witnesses in an inter-state application lodged more than seven years ago by Georgia against Russia in connection to the August, 2008 war.

The Court “will now continue its examination of the case,” ECHR said on Friday.

Georgia appealed ECHR on August 11, 2008, a day before the ceasefire agreement was signed with Russia and the final, formal inter-state application was filed in February, 2009 alleging that Russian military forces and separatist forces under their control carried out indiscriminate and disproportionate attacks against civilians and their property in breakaway Abkhazia and South Ossetia.

Georgia claims violation of eight articles of the European convention on human rights, involving right to life; prohibition of torture; right to liberty and security; right to respect for private and family life; right to an effective remedy; protection of property and right to education, and freedom of movement.

ECHR found the complaint admissible in December 2011 and the case was relinquished to the Grand Chamber, consisting of 17 judges. Such relinquishment of cases in favor of the Grand Chamber happens if the case “raises a serious question of interpretation of the Convention” or if there is a risk of departing from existing case-law.

It is Georgia’s second inter-state case against Russia in the Strasbourg-based court.

Georgia has won the first one in 2014, when ECHR ruled that the arrest, detention and collective expulsion of Georgian nationals from Russia in the autumn of 2006 violated the European Convention on Human Rights. 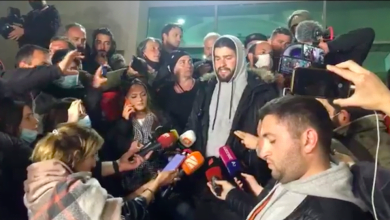