President Saakashvili said on July 5 that surveillance drones, which his government bought from Israel before the war with Russia, were compromised as sensitive data became available to “adversary”.

Georgia made drone acquisitions from Israeli defense electronics company Elbit Systems under the contract signed in 2007. President Saakashvili said in April, 2008 that Georgia had about 40 drones, among them medium size Hermes 450. Georgia lost at least three drones while they were performing reconnaissance over breakaway Abkhazia in spring 2008; but the Abkhaz authorities claimed at the time that seven Georgian drones were downed in March-May, 2008.

After WikiLeaks started releasing emails snatched by hackers from a U.S.-based global security analysis company Stratfor in early 2012, an allegation emerged that surveillance drones, which Georgia bought from Israel were compromised after Israel and Russia made a swap – Israel gave Russia the ’data link’ code for those specific unmanned aerial vehicle; in return, Russia gave Israel the codes for Iran’s Tor-M1 missile systems.

Although last year President Saakashvili alluded at least twice publicly to these allegations, on July 5 he for the first time directly claimed that drones, bought from Israel, were compromised.

Speaking at a meeting with a group of professors from the Georgian Technical University on July 5, Saakashvili said: “When we were facing great difficulties [in terms of procuring weapons after the August, 2008 war] and when we had to produce our own military hardware, we manufactured not only armored vehicle Didgori and light infantry vehicle Lazika, we have also produced unmanned aerial vehicle after the codes of those drones, which we bought from Israel, became available to our adversary in a very suspicious circumstances and they [drones] were downed. After that we realized that we should not depend on anyone and created our drone with our own software, tested it and many of its specifications were better than those of the Israeli [UAVs].”

He was referring to a catapult-launched surveillance unmanned aerial vehicle, which Georgia unveiled in April, 2012. The drone was designed by the Estonia’s ELI Military Simulations and licensed to Georgia for production.

PM Bidzina Ivanishvili visited Israel in late June. Asked during a press conference in Tbilisi on July 3 about potential military procurements from Israel, PM Ivanishvili responded: “As far as purchase of weapons is concerned, we don’t have such a need at this stage. I had negotiations with Israel, which also included a confidential part, but it would be wrong to say in a direct sense that we went there to buy weapons; we don’t need it at this stage, everything is ok.” 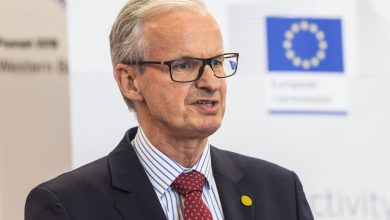 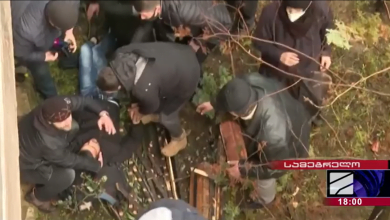 Tensions Boil Over as Parish Refuses New Bishop in Martvili 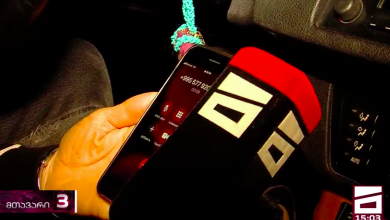