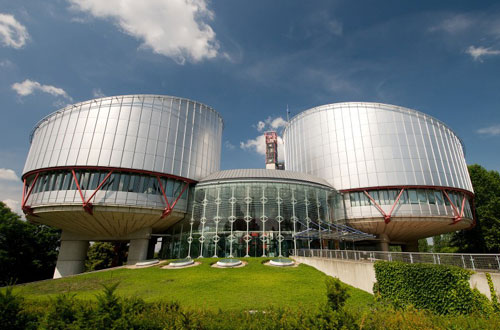 Apart of the Georgia v. Russia inter-state case, up to 2,000 individual applications originating from the August, 2008 war are pending in the Strasbourg-based European Court of Human Rights with most of them against Georgia.

European Court of Human Rights (ECHR) declared as admissible an inter-state application lodged by Georgia against Russia in connection to the August, 2008 war.

“The Court’s admissibility decision in no way prejudges the merits of the Georgian government’s complaints. The Court will deliver its judgment at a later date,” the Strasbourg-based court said on December 19.

Georgia appealed ECHR on August 11, 2008, a day before the ceasefire agreement was signed with Russia and the final, formal inter-state application was filed in February, 2009 alleging that Russian military forces and separatist forces under their control carried out indiscriminate and disproportionate attacks against civilians and their property in breakaway Abkhazia and South Ossetia.

Georgia accuses Russia of breaching eight clauses of the European Convention on Human Rights, involving right to life; prohibition of torture and of inhuman or degrading treatment; right to liberty and security; right to respect for private and family life; right to an effective remedy; protection of property; right to education and freedom of movement.

Russia dismisses allegations as unjustified and not confirmed by “admissible evidence”. Russia claims that its military forces did not launch attacks but defended the civilian population of South Ossetia against Georgian offensive.

The Strasbourg-based human rights court held a hearing to decide whether to consider Georgia’s case against Russia on merits on September 22.

Georgia also has a separate inter-state application against Russia filed to the European Court of Human Rights; the complaint was filed by Georgia in 2007 in connection to deportation of hundreds of ethnic Georgians by Russia following a spy row between the two countries. The complaint has already been found by ECHR as admission and the case is currently under deliberation by the court on its merits.