Facebook Twitter LinkedIn Tumblr Pinterest VKontakte Odnoklassniki Pocket Messenger Messenger Telegram Viber Share via Email
Georgia is one of the few bright lights among the countries of the Eastern partnership.
It is all the more regrettable, therefore, that there has been a delay in agreeing the visa liberalisation regime between Georgia and the EU before the Georgian parliamentary elections on 8 October. This is unfortunate as the Commission stated nearly a year ago that Georgia has fulfilled all the necessary requirements.

The negotiation position adopted by the permanent representatives committee (Coreper) on 5 October is encouraging as it seems that the Council has finally been able to overcome its previous doubts about granting visa-free travel to Georgians. Ideally the process could be finalised before the end of the year. However, the outcome is tied to the entry into force of a new suspension mechanism which is still subject to negotiations between the member states and the Parliament.

As co-chair of the Euronest parliamentary assembly I have seen the progress Georgia has made at first hand. The EU has to respond to Georgia’s efforts by showing that the reforms stemming from the association agreement also bring concrete benefits to Georgian citizens. The EU must stand by its commitments and further encourage democratic developments in the country.

Georgia has demonstrated the strongest political will among EU’s Eastern partner countries to reform its society according to European values and principles. Some of these reforms include the recently adopted human rights action plan. Other measures have been taken to increase the participation of minorities and women, freedom of the media and independence of the judiciary.

I hope that the new Georgian parliament will continue to implement and monitor these reforms.

In the Euronest parliamentary assembly, the multilateral body of the European Parliament and parliaments of the Eastern partner countries, a fresh approach has been to enter into practical cooperation on transposing demanding EU laws which are a part of the association agreement. The value of such parliamentary cooperation has also been recognised by the Commission and high representative Mogherini.

In this work I have witnessed the fruitful contribution of the Georgian civil society to the reform process. In the face of this, the comments by the former Georgian prime minister Bidzina Ivanishvili deeming the NGO sector as “dirty and polluted” are groundless and came at a very sensitive time, just a few weeks ahead of the elections. Human rights organisations and other civil society actors are important critical voices and advisors to the government and parliament. The enhanced co-operation between civil society and government should be appreciated.

The EU should not miss the positive mood prevailing in the Georgian society. We should take robust steps and complete the visa liberalisation without any further delay. This is essential for the overall credibility and success of the Eastern partnership.

Heidi Hautala is a Finnish politician, currently Member of the European Parliament, belonging to the Group of Greens/European Free Alliance. She is a co-president of the Euronest parliamentary assembly. 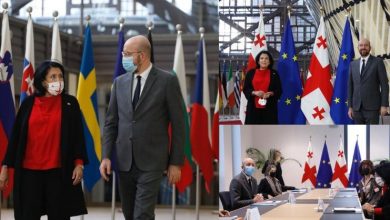 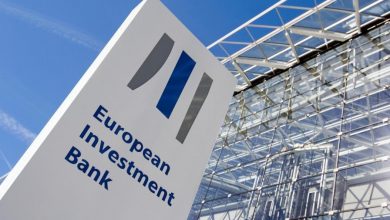 EU Statement on CoE’s Report on Conflict in Georgia