We do live in momentous times. And perhaps as always in such times, the sense of normal, everyday logic is the first casualty. Georgia has been living behind the looking glass for a while now, but the irony of last week’s developments is not lost on us: perhaps in an unprecedented development, the citizens of a country that occupies part of a neighboring state through military means, ran in their thousands to that very state to avoid the military draft. The resulting anger and confusion of Georgian citizens was logical. But the disorientation of the government – was not. This is the Dispatch, from a country where when the going gets tough, the government gets hiding.

RUSSIANS ARE COMING! On a car, on foot, and on electric scooters, the Russians are coming! Thousands, evading Putin’s deadly draft, flocked to the natural choke-point of Larsi. As social media was abuzz (quite literally) with drone footage showing multi-kilometer lines, the Georgian government was playing possum. For long days, as social media frenzy bubbled up, the spokesperson for Tbilisi was … the Revenue Service, responsible for customs. This newspaper wondered: perhaps this was because of the revenue man’s innate sense of duty?! Perhaps because the government wanted to project a sense of normalcy by avoiding the uniformed police reporting on what looks like a major influx?! It all became clear when the Interior Minister finally deigned to field the burning question – merely a week after the Georgian border checkpoint started to resemble Noah’s arc on a particularly rainy day.

“Russians have always entered Georgia and the previous government had no problem with that either…. why should this become problematic today, all of a sudden?” Mr. Gomelauri wondered. Bothered about the possible spike in criminality, or about security threats? Mr. Gomelauri has the right answers: “there is of course a probability that it may grow, but maybe it won’t.”

Prime Minister Garibashvili perhaps is wiser than we give him the credit for. It would have been better for Mr. Gomelauri to remain silent.

Read more on confusion about the Russian influx in Civil.ge-s review of whatever reports, facts, and figures are out there:

HOB-NOBBING: Talking of PM Garibashvili, he has been rubbing shoulders with the mighty at the UN General Assembly. And he spoke, too. If only what he spoke at the General Assembly – both in tenor and in content – corresponded to his rhetoric at home. PM said Georgia is ‘’well ahead of schedule’’ in fulfilling EU’s recommendations, that his commitment to the Euro-Atlantic integration is “backed up by actions and real results” and that the “inclusive process” in which the EU recommendations are handled “ensures full engagement of all branches of government, the opposition parties, and civil society”. The opposition said this narrative was “a lie”. At which point we were reminded of the immortal quote from the iconic “Yes, Minister”, which we duly share to lift morale.

ALL IN THE ARMY NOW? Mobilization announced in Russia is rattling nerves in Georgia’s occupied regions of Abkhazia and South Ossetia. Many there hold Russian citizenship and are bombarded with contradictory news. While some officials, like Inal Ardzinba, Kremlin’s man in Sokhumi, claim that no mobilization is not foreseen, others, like Aslan Bzhania, local leader, hold security council sessions to report on “mobilization readiness”. It is unclear, what Tbilisi’s reaction would be. We align ourselves with Mr. Gomelauri here – there might be some reaction or none. What is certain, is that no policy discussion is in sight.

CHERRY PICKING The European Human Rights court ruled on the claim of three activists Giorgi Makarashvili, Zuka Berdzenishvili, and Irakli Kacharava that their rights have been violated when they were detained during the manifestation on 18 November 2019. Georgian politics is notoriously bad at nuance and high on testosterone: while the government trumpeted that the Court dismissed the claim of the two activists, the opposition rejoiced that it has satisfied the claim of the third one. Polarized TV reporting means that the citizens are treated to one picture, or another – or both, and rest confused. ECtHR may want to take publicity of their decisions into their own hands, after all, the court’s rulings are about compliance with human rights standards, so they are supposed to provide redress and to educate, rather than punish.

DEFENDER RACE The race for the soon-to-be-vacant office of the public defender is heating up, as the suspicions are rife that the ruling party may try to rig the process in its favor. It came as a reasonably pleasant surprise then, that the committee to evaluate the contenders, named by Parliament Speaker Papuashvili seems reasonably professional and balanced. But we have learned to curb our enthusiasm. Out came Irakli Kobakhidze to spoil the picture: he reacted to the CSOs’ nomination of their candidates with well-rehearsed black-PR keywords – “rich NGOs”, “clannish decision”. Mr. Kobakhidze is now officially our favorite to grab the anti-prize for the Dumbbell 2022 – awarded for exceptional contribution to the dumbing down of Georgian politics. And heavens know, he’s been against some stiff competition.

This was all for today, we will see you in one week, hoping beyond hope, that at least some of the confusion would clear up by then! 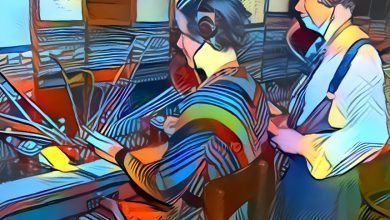