In his address to the remotely-held UN General Assembly (UNGA) on September 25, Georgian Prime Minister Giorgi Gakharia urged the international community to “adequately assess Russia’s illegal activities” against Georgia and called on Moscow to show a constructive position in Geneva International Discussions and fulfill the August 12, 2008 ceasefire agreement.”

In the context of Russian occupation, PM Gakharia underscored human rights violations, including restrictions to freedom of movement, access to healthcare, and native language education services for those living in occupied Abkhazia and Tskhinvali region/South Ossetia. Prime Minister highlighted incidents of the arbitrary detentions, torture and murder of Georgia citizens by the occupation forces, namely of Giga Otkhozoria, Archil Tatunashvili and Davit Basharuli.

The Georgian PM highlighted that Tbilisi’s peace initiative – “a Step to a Better Future” is a clear message that Georgia is interested in dialogue with the people in both Abkhazia and Tskhinvali, and underscored Georgia’s wish to share with the residents of both regions the benefits Georgians enjoy, among others, through visa-free regime and the free trade agreement with the EU.

“Together, we could build a better future for you and your children, as well as you preserve unique culture and identity, that belongs to [our] common heritage,” Gakharia underlined.

Gakharia touched upon recently passed constitutional reforms that amended the electoral system in Georgia, asserting that “after 2020 Georgia has moved onto European-style parliamentary governance and the 2024 parliamentary elections will be held entirely with a proportional system.” The Georgian Government is committed to conducting free, fair, transparent and democratic elections, Prime Minister noted.

“Georgia is part of European civilization,” Georgian PM went on, adding that “the way of development for our country – European and Euro-Atlantic integration – is unaltered.” This, Gakharia maintained, is enshrined in the constitution which is not subject to revision.

In this context, the Prime Minister underscored Georgia’s commitment to international peace-keeping missions.

Speaking of the COVID-19 pandemic and Georgia’s efforts to manage public health crisis, PM Gakharia noted that “despite the hardships, Georgia managed to deal with the pandemic, which was seen and acknowledged by the whole world.”

Asserting that the country remains a green zone, the Georgian Prime Minister noted that the “calamity is still here, but the accumulated knowledge enables Georgia to consistently control the situation.” 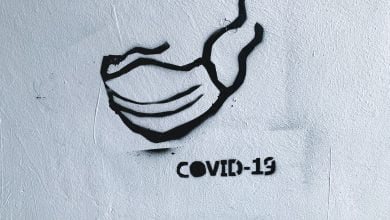