On November 14, with 101 votes in favor and three against, the Georgian Parliament voted down the bill that would change Georgia’s mixed electoral system to fully proportional one from 2020, instead of 2024. While all of 44 MPs of opposition parties supported the bill, Georgian Dream’s three lawmakers voted against the amendment and 37 abstained, making the constitutional amendment fall short of the needed 113 votes, three fourths of sitting 150 lawmakers. Voice of America’s Georgian Bureau talked to Washington-based Georgia watchers about the Georgian Parliament’s decision and its consequences. Civil.ge offers those assessments below:

Kenneth Yalowitz, former U.S. Ambassador to Georgia says that although he does not interfere in Georgian domestic politics, “I have to say I am concerned about this new development.” “This election reform announced after the June events seemed to be a step forward in Georgia’s democratic development and I do not understand why it is now being overturned,” he added.

Yalowitz notes that “for some time I have observed the outsized influence of key individuals in Georgian politics, sometimes behind the scenes.” He also stressed that “there is concern amongst the numerous friends of Georgia in the United States about Georgian democracy.” Yalowitz expressed his hope that “positive steps, including more transparency in governance will be forthcoming.”

Jonathan Katz of German Marshall fund says “there is deep disappointment in Washington that needed and widely anticipated electoral changes – despite overwhelming support — were not passed in Georgia’s parliament.” Katz added that “not only is this negative outcome relevant for the health of Georgia’s democracy but has serious and potentially damaging ramifications for Georgia’s Euro-Atlantic aspirations.”

Katz also noted that “Georgia’s 2020 parliamentary election is seen in the West as a key litmus test of the government’s, Mr. Ivanishivili and Georgia Dream’s commitment to carry out democratic reforms and to ensuring a free, fair and transparent electoral process.”

Luis Navaro, of Foreign Policy Research Institute, who previously served as National Democratic Institute (NDI) Georgia director, says “the failure to follow through on the Georgian Dream’s previously expressed commitment to fully proportional elections demonstrates concern with losing power in 2020, disdain for the pro-Western “new faces” they recruited in 2016 and complete disregard for the protestors who demanded it.” 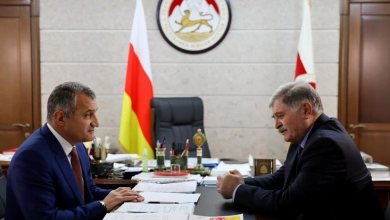 European Court Verdict into Georgia vs. Russia Case over 2008 War 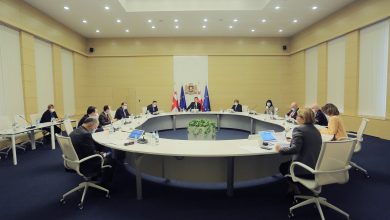