Greeting from Georgia, where the unconditional fascination with the West is now conditioned with real actions: Brussels warned that financial aid will be cut unless Georgian politicians find their will for compromise and carry out reforms. So far, no sign that these words were heeded, as senseless sniping continues. In the meantime, the Third Wave of Covid is upon us. The Dispatch and Nini, your operator, are here to update you about developments on the ground. Subscribe and find us on Twitter: @DispatchCivil

LOVE ME OR LEAVE ME That’s it, Tbilisi cracked it: Brussels is done with diplomatic sub- and inter-text. In April 7 statement, the EC spokesperson said plainly that court reform is a „condition for the disbursement of the second tranche of macro-financial assistance to Georgia.“ This came hours after senior MEPs said in an online discussion that they were not joking about conditionality: the Georgian political elites must find their way out of the crisis of their own making.  Curiously, it was during that discussion that MEP Marina Kaljurand said the EU press releases are not frank and direct enough – and the European External Action Service (EEAS) apparently listened. The MEP Kaljurand was pretty frank herself, saying Brussels “is tired” and “feels the fatigue of Eastern Partnership”. So either Georgians buck up or shut up for the foreseeable future. Tough love, but freely given.

WHAT IS LOVE? (BABY DON’T HURT ME) What about that love for Europe Georgians tirelessly talk about?! Nino Lejava, who switched from Böll Foundation into publishing, tackles the question in her long read for Carnegie Europe. The author chases answers through time, somewhere between romantic love vs search for a security, looking at numbers and examining modern political discourse. After identifying contradictions, she predicts that “the task of turning romantic notions of Europe into more concrete realities will fall to the next generation of Georgians”, passing the buck to youngsters who have to yet find their purpose in life…

STATE OF TOTAL WAR The Russian occupation so far remains the key source of the Georgian national brand of “cancel culture.” Seeing that Russian troops are not going anywhere, other relevant issues don’t come to compare. For example Shalva Ramishvili, a government-friendly media mogul survived the [government-friendly] court’s verdict on charges of workplace sexual harassment and is now enjoying his comfy career as the government’s “hahagandist” – the term coined by the EU counter-disinformation newsletter to describe the clowns that do the Kremlin’s service by ridiculing opposition and belittling the victims of government’s pressure.

BOMB/SHELL Sergi Kapanadze from European Georgia, who formerly served as the Deputy Foreign Minister, says that Ramishvili’s PoS TV (the title that matches the content well, we might add), as well as more mainstream Imedi TV, started digging into the “who started the was in 2008” question again – to use it as a propagandist stick to beat the opponents. Kapanadze said he was approached with faked quotes trying to trap him into clarifying the “bombing” details from 2008 August. His responses were then interpreted as if Kapanadze suggested that “Georgia started the war”. He posted the footage of “interrogation” with Imedi TV journalist to prove himself right. Predictably, PoS TV / Imedi TV activism was just the opening salvo, backed by their political backers: the Georgian Dream leader Mamuka Mdinaradze and Minister Tea Tsulukiani engaged in a joyful mud-slinging match to prove their opponents are real traitors and Russian stooges.

PAYING THE PRICE Slaying the opponents with a well-picked quote may be the politicos’ favorite game, but the legacy of conflicts is very real. Georgians were shocked by reports that four more people lost their lives while attempting to cross the river Enguri, a river that flows along the occupation line with Abkhazia.

RISKY BLAME Georgian authorities held the Kremlin-backed Abkhaz regime responsible for deaths, due to long-imposed restrictions on freedom of movement, which push the residents of the mostly Georgian-populated occupied Gali district towards dangerous crossings. However, the Democracy Research Institute, a local CSO, also pointed at Tbilisi’s responsibility, claiming people wade into dangerous waters also to avoid the 5-day mandatory quarantine imposed by Tbilisi for those crossing from occupied Abkhazia. That rule has been widely condemned by Georgian civil society for its malign humanitarian consequences. Still, blaming Tbilisi in such emotional moments is likely to backfire: after all, there is nothing Georgians feel more conflicted about than the notion of the conflict itself.

PROMISED LAND(SLIDE) Research addicts who are tired of fear-mongering may switch to Western Georgia, where they could find some interesting study material in local views about politics, colonialism, environment, and anything that comes next. Prominent Rioni Valley activist Marita Museliani, one of those doubting the benefits of the controversial Namakhvani HPP project, now asks – quite reasonably – since already built HPPs don’t bring tax money to the region, what are the chances that the new HPP will?! She also argues Tbilisi has been having a “colonialist approach” to its own regions, extracting the resources, but refusing to pay. Hitting on that painful nail of decentralization – something that the Georgian democracy has failed to come to grips with since its independence. (And something that worked fairly well hundred years ago…)

PRICELESS BREAD Maybe not everybody is allowed to ask tricky questions though: a local villager from Imereti alleges that police arrested and fined him with GEL 1,000 (USD 300) when a hapless villager inquired why he could not pass to another village to buy bread. Police, who had blocked the road, allegedly to restrict protests against HPP works, reportedly detained him on charges of resisting police and petty hooliganism, none of which which, the local says, did happen. He has the video footage he shot before the arrest to prove the point. Product prices have spiked recently in Georgia, but the 1,000 Lari for bread still sounds excessive indeed…

ALMOST HERE In Georgia, the day coincides with the long-predicted – and feared – third wave of the pandemic. This time it is a top-down process: PM Garibashvili and MP Mamuka Mdinaradze called in sick, and President Zurabishvili is in self-quarantine. None of this would have happened if the leaders have led by example by respecting lockdown rules they have imposed on others and if they have led the [now botched] vaccination effort. Georgians fear strict lockdowns will follow.

TRUST ISSUES The vaccination got to a wrong start when a nurse died following the televised jab, most likely due to an allergic reaction. This tragic story got worse. The prosecution brought charges in the case against two nurses and a doctor who apparently lied when testifying to have given the urgent treatment to the nurse when she felt unwell.  The doctor who claimed she gave the steroid shot was apparently not present in the room at all. The charge is likely to fuel mistrust not only to the vaccines but also the ability of the doctors to manage the process. 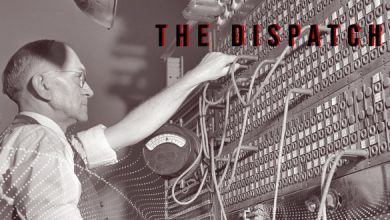 The Dispatch – April 12/13: Tents of Discontents