PIERROT AND HARLEQUIN There is a bad journalistic cliche – “Circus has left the town” – referring to a sudden lull in political activity once the elections are over. Well, in Georgia the show goes on. Now that the opposition has left the field to the victor, there are scores to settle, fingers to point and blame to appoint. Yesterday’s showdown, live on Rustavi 2 TV, featured Mr. Alexander Elisashvili, the designated Judas, in the blue corner (appropriately, and purely coincidentally, matching the ruling party’s livery) and Mr. Mamuka Khazaradze, ex-banker, “the Shylock”, of the Lelo party in a (self-inflicted) yellow corner. In keeping with their assigned roles, Mr. Elisashvili – man of the people, after all – called Khazaradze “the usurer”, accusing him of fleecing the nation and lining his pockets. He said ex-banker spoke up only when the government came for his money. Mr. Khazaradze called Mr. Elisashvili “a man without dignity”, who sold off the opposition unity for a handful of bitcoins. It almost came to blows. And while this tasteless mix of amateur Shakespeare with commedia dell’arte was going on, three men were abducted near Abkhazia and Georgia’s foreign trade sank.

POTUS FOCUS Mr. Khazaradze (sort of) apologized for the drama later, saying that he was ambushed by Rustavi 2 and that he did not expect a debate, even less so with Mr. Elisashvili (if true, someone he might need to fire his PR…). Trying to steer the conversation back to the issues (goes to his credit) Mr. Khazaradze was talking about the need for unity so much, that he got asked by the TV anchor whether he was channeling President Biden’s inauguration speech. The response? “When I was listening to [President] Biden, I was under the impression that he was reading from our [party] program […] that’s exactly our program, which was also reflected in the Marshall Plan,” Khazaradze said. And just in case you are wondering – Mr. Khazaradze did not travel back in time to 1948 to hand the Secretary of State George C. Marshall a blueprint of the European Recovery Program. No. Simply Lelo’s 2020 economic recovery program was called “The Marshall Plan for Georgia”. Good writers borrow; great writers steal – or so the adage goes.

LADY RANCOR SPEAKS Departures are suddenly all the rage in Georgian politics. Only few – like Mr. Ivanishvili – can afford the trick of hand immortalized by J.R.R Tolkien’s Bilbo Baggins. Just like Georgia’s reclusive oligarch, Mr. Baggins of the Bag End was fabulously rich, but reserved, and only came out of his well-apportioned hole to save the world. But still, in the peak of his fame he just vanished – to pursue his dreams in a company of Ents and Elves. But if you aren’t Mr. Ivanishvili, who is to prevent you from dreaming about taking His path?

And so does Ms. Tea Tsulukiani, who replaced the mighty tiara of the Minister of Justice with a humble position at the Holy Inquisition the Parliament as Chair of the Committee on Education, Culture and Science. She was quoted as saying that she would calmly retire only when “the risk of return of the United National Movement and its holdovers to power is close to nil.” She disclosed, that these days, she wonders, in a privacy of her most daring thoughts, whether that time is getting closer.

INTERCONNECTED From the unrecognized planet: Tskhinvali signed an agreement on cooperation in field of education and science with Russia’s Komi Republic . For those of you who are not immediately familiar with the matter – Komi is one of Russia’s (many) northernmost regions close to the Barents Sea, while Tskhinvali is the capital of “South Ossetia” – Georgia’s restive province that Russia occupied in 2008 and pretends to be an independent state. Apparently, the two sides intend to cooperate in field of education research and exchange personnel for study visits. Somebody in Tskhinvali will be getting chills – Komi’s Vorkuta was a famed place for frozen exile from the times of the Tsars down to the times of Gulags. In another news, Russian occupying forces apparently trained their tanks on hitting “mined cars”…

BREAKING BAD Just to circle back to reality: Nino Lomjaria, Georgia’s Public Defender said today that many of Georgian prisons are ruled by criminal bosses who are in cahoots with prison authorities and work to subdue other prisoners and cover up the cases of abuse. She said those criminals worked in concert to prevent the representatives of Public Defender’s office from monitoring some of the prisons. This reportedly follows the publication of 2020 report, where the Public Defenders office spoke about the re-emergence of “informal hierarchies” inside Georgia’s penitentiary. 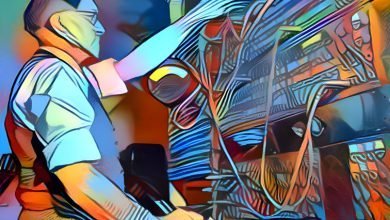