A 30-member delegation from South Korea, led by Moon Hee-sang, Speaker of the National Assembly of South Korea, is paying an official visit to Georgia on October 17-19.

Today, Moon Hee-sang met with Georgian Prime Minister Giorgi Gakharia and spoke of the two countries’ cooperation. According to the press office of the Georgian PM, Gakharia and Hee-sang said that 30 years of diplomatic ties between their countries “are developing in the direction of politics, economy and people-to-people relations.”

The PM’s press office also reported that the South Korean Speaker congratulated Giorgi Gakharia on becoming the prime minister, and expressed hope that Georgia would further develop under his tenure, ensuring public welfare.

According to Gakharia’s press office, at the meeting, the South Korean Speaker expressed his “firm support” of Georgia’s territorial integrity and sovereignty, and shared his concerns surrounding human rights violations and the humanitarian situation in Georgia’s Russia-occupied regions.

Hee-sang was also cited as saying that the South Korean people have a strong interest in visiting Georgia, and that the number of tourists from the East Asian nation is expected to increase.

Yesterday, Hee-sang also met with his Georgian counterpart, Speaker of Parliament Archil Talakvadze. The two speakers discussed a wide range of issues, including the prospects of increasing bilateral ties especially with respect to economy, investment and tourism potentials.

In their joint press remarks following the meeting, Speaker Talakvadze said both Georgia and South Korea share democratic values, rule of law, respect to human rights, and peaceful conflict resolution policy. “Therefore, we are natural partners and we are ready to continue firm cooperation in future as well,” Talakvadze said.

According to Talakvadze, at the meeting the two speakers had the first-ever discussion on the possibility for two countries to sign a free trade agreement. Talakvadze expressed his hope that the negotiations on the topic would continue and Georgia will seal the deal with “this important political, trade and economic partner.”

As part of his visit, Hee-sang also met with Georgian President Salome Zurabishvili earlier today. Earlier in the week, prior to visiting Georgia, Moon Hee-sang traveled to Serbia and Azerbaijan. 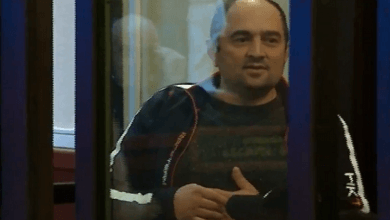