Much remains to be uncovered to understand why around fifteen teenagers fought on December 1 near the School N°51 of downtown Tbilisi, leaving two 16 years-old boys dead with stabbing wounds. But most experts already agree that the bloody confrontation reveals some of the deepest problems in both the Georgian society and its state institutions. Severe punishment of the suspects, two have whom have already been arrested for homicide, will not solve the problem entirely. On the contrary, focusing on punishment is the best way for each of the stakeholders (teachers, parents, politicians, law enforcement structures, media etc.) to avoid its share of responsibility and keep the door open to further tragedies.

The emotions were running high in Tbilisi after the two boys from the prestigious school 51, in the very center of the city, were stabbed to death a couple of blocks away in the afternoon. The rift seems to have started weeks before the final fight, and has developed in a very complicated way. From what is known through media and police reports, on December 1, schoolboys from the 9th grade were bullied by seniors from the 11th grade while at school. As the quarrel was unfolding, the younger students called for help from their older relatives and friends from nearby district, from the Experimental School No 1. About fifteen of those kids aged between 14 and 16 years gathered for a deadly battle in a yard of a building in a street adjacent to 51st school.

The public emotions at two young lives wasted and many others affected through trauma and eventual punishment of perpetrators are understandable. But the society shall also assume its responsibility.

“This tragedy has no single cause. It is the result of a broken education system, of a broken social assistance, of a broken political system and media environment, of a broken society, with disoriented families, which lost its values,” observes Andro Gigauri, a juvenile justice expert and a former high-ranking Justice Ministry official (2010-2012). Many mechanisms that could have prevented violence seem to have malfunctioned.

Many pointed an angry finger at the education system in the heated discussion in the mainstream and social media that has followed the tragedy. It is not the first time the schools become a scene of such crime. Six weeks before the Khorava street tragedy, the Public Defender of Georgia presented the results of a monitoring conducted during the 2016-2017 academic year in 109 general educational institutions countrywide. It says: “The protection of children from abusive approach and improper treatment remains a challenge in the system of general education.” The report then points out at systematic psychological and physical abuse of children by adults and peers, bullying among pupils as a widespread form of interaction among minors, the lack of institutional and teachers’ competence when responding to various forms of violence.

But schools are what the society asks them to be. “The society itself is violent. The School N°51 tragedy is the result of a high degree of acceptance of the violence in the Georgian society. Violence is everywhere, whether it is verbal, psychological or physical: in the media, in the politicians’ speeches and behavior, or within the family, where it is considered as normal to use violence for the education of children,” deplores Maia Tsiramua, psychologist at the Georgian Centre for Psychosocial and Medical Rehabilitation of Torture Victims (GCRT). “60 per cent of the Georgian general public perceives harsh parenting as being more effective than non-violent methods,”  a UNICEF survey from 2013 showed, for instance. For Tsiramua, that high level of acceptance of violence is a “legacy of the Soviet regime which was preventing violence only through instilling fear [of repression].”

Others point at the persistent lack of trust in state institutions. “A sign of that is a fact that very few persons among the 150 questioned by the law enforcement officials for the double murder investigation have agreed to collaborate with the investigation. None of the 15 direct witnesses spoke to the police. That is a sign of a fundamental distrust towards the Georgian formal authorities,” underlines Dr. Alexander Kupatadze, a specialist on criminality who teaches at the King’s College London. That distrust sharply increased in the last few years. The CRRC/NDI Public Attitudes in Georgia Survey shows that by April 2017, only 37 percent of Georgians rated police performance as “good” or “very good,” down from 60 percent as recently as November 2013.

This persistent distrust towards institutions, though lower during ex-President Mikheil Saakashvili’s two mandates, explains partly why the “traditional crime bosses,” or “thieves-in-law” as they are called in the former Soviet Union, are still quite respected in the Georgian society, even if they have not been allowed to come back to their motherland for almost fifteen years now.

“They are a kind of alternative authority figures. In a 2015 survey I did, twenty-one percent of respondents still agreed or strongly agreed with the statement that on the whole, the thieves-in-law did more good than bad for their neighborhood. I am not sure that the School N°51 are still considering those lads as models, as they are not any more visible in Tbilisi streets, but their perception says something about how Georgian people perceive their formal institutions,” says Dr. Kupatadze.

If the recent tragedy is a very Georgian story, it is then difficult to import recipes from elsewhere to solve the underlying problems.

“For what concerns the education system, I think the school should be deeply reformed in a direction that would put the idea of community at the center of the school life. In the end, our society is very individualistic. Parents bring their kids at school to get their lessons, then take them back as soon as the bell rings in the afternoon. Life is not organized around the school, [we need] to develop a school where children are also learning to live together. If a model has to be taken somewhere, it is where the idea of school community could be seen,” says Andro Gigauri.

“Mechanisms of juvenile crime prevention are almost not working. The only mechanisms working today are for when the crime has already been committed. If a mechanism for crime and violence prevention at an earlier stage will not be enacted, the whole juvenile justice system will encounter serious problems very soon,” stresses Maia Tsiramua. She suggests boosting parental education, and deploying prevention methods from early age, in pre-school education and fundamentally reforming the approach in the education system: by developing mental health services for children and adolescents, and enhancing the role of sport and cultural activities in child upbringing. “Crime prevention is not a responsibility of only one governmental sector, indeed the whole society needs to be involved is this process, and inter-sectoral cooperation is very important as well,” she adds.

Could the wave of emotions triggered by December 1 crime be a sign that the Georgians are no longer ready to accept the high degree of violence within their society? No one yet dares to think so.

Régis Genté is a French journalist, working for le Figaro or Radio France Internationale, based in Tbilisi and covering the post-soviet region since 2002. 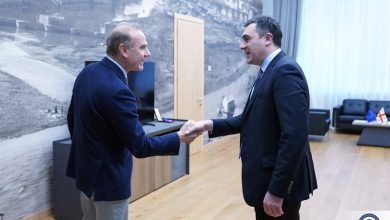 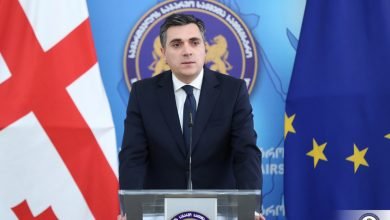