In the nearest days Georgian Parliament will discuss the bill of Amendments to the Law on Local Governance and Self Governance. This very law will determine the worthiness of the future self-governance in Georgia. Introduction of the new bill was dictated by the second local self-governance elections in November 2001. Besides, in March 2002, Georgia’s going to join European Charter of Local Self-governance, but this seems unlikely with the current undemocratic local self-governance system.

Initially the Law on Local Self-governance was adopted by the Parliament in 1996. This law was supposed to be a basis for decentralization and democratization of country’s administrative system, and thus, one of the first steps towards European standards. However, we should leave to people to decide, to which extent have we approached these standards actually.

In 1996 the ice of central governance has cracked and nowadays villages, communities, towns, cities and “raions” (districts) have their own “sakrebulos” (councils), however the actual power rests on the side of bodies of central governance – “gamgeoba”-s and “gamgebeli”-s (boards of administration and heads of districts), and respectively these are the real owners of everything. Government also did admit unworthiness of the existing self-governance structure and started development of the new bill in the State Chancellery.

Preliminary information shows that the bill (on amendments) developed by the President’s Service for Regional Policy and Governance (Head of Service – Mr. Badri Khatidze) almost does not differ from the existing active law (some prove that it’s even worse). Under this bill the principle of elections is kept only on lower, 1st level (village, community, town, district city). An old system of centralized appointments is maintained on the upper, 2nd (regional*) level.  It can be said, that on the 2nd, regional level, local self-governance is not being implemented at all. Elections on the 1st level will be held by a majoritarian system. Certain councils, consist of the delegated members of the 1st level “sakrebulos” (councils) will be a body of local self-governance on the “raioni” level (2nd level). At the same time institutions of “mkhare” (region) and President’s Charge d’ affaires stay completely unchanged. The important issue of the division of competencies for property, budget and tax management between the self-governance and central governance under this law is unknown yet.

According to the same bill, the mayors of Tbilisi and other cities of central subordination will be appointed and not elected. If talking about Tbilisi, the main argument of the Government is that almost 1/3 of country’s population is concentrated in the city and therefore the city bears a special status. That’s why the city’s governance requires coordination with the central government through the appointed mayor (we should mention here, that almost all major cities in the world, such as London, Paris, New York and even Moscow have elected mayors).

There are two alternate bill projects along with the bill, elaborated by the State Chancellery. The first one was developed by the Parliament Fraction “Traditionalist” (opposition) and another one, written by the group of the non-governmental organizations at the Urban Institute (American International Institute).

Traditionalists’ bill considers the elections on both levels. They have also changed names of  “mkhare” to “olqi”, “sakrebulo” – to “municipal council” on the 1st level and “olqi council” on the 2nd. Traditionalists introducedthe new name Governor (head of “mkhare”/region) as well. Municipal councils and “olqi” councils should be respectively elected by majoritarian and proportional systems. The governor should be elected by “olqi” council and appointed by the president.

Bill of the NGO-s is very democratic and made according to the “western” model. But one drawback of this project is that it tackles the local self-governance only on the 1st level and does not define the 2nd level at all. Therefore, it can be said, that this bill is not complete. The main reason for this was the fact, that the Urban Institute’s mandate does not include the 2nd level of local self-governance (due to exceeded politicization).

Leading Georgian NGO-s have sharply reacted to the ongoing processes and created an initiative group. Participants of Urban Institute’s project also joined the new group. The NGO-s issued a petition to the President and the Parliament, in which they strongly criticized the present situation, demanded the definition of true local self-governance on both levels and direct elections of “gamgebeli” (head of district), mayors and governors. Initiative group has a special approach to Tbilisi issue. NGO-s think, that the city should have an elected mayor and the structure of the city’s local self-governance should be divided into historical districts.

Initiative group conducts its activities in two main directions: first – creation of complete alternative bill (for both levels) based on the project of the Urban Institute group and second – development of the tactics for popularization of this project and general positions. NGO-s consider the bill project, developed by the Government as a contrary to the principles of the European Charter of Local Self-governance. Initiative group assumes, that local self-governance elections model, suggested by the Government would be a step backwards in the process of democratization of the country and do not exclude the possibility of boycotting of the elections.

It is not likely that Georgian Government would accept any of the above-mentioned corrections in the bill before Parliamentary debates. State Chancellery clearly understands, that the bill will face a serious resistance from the opposition and even from the certain part of the Citizen’s Union (ruling party), which will use the bill to strengthen own positions in the confrontation with the President. Therefore, it is rather evident, that the Government is going to present to the Parliament maximally strict (e.g. non-democratic) bill, to secure the space for the political bargains and compromises. The final outcome is up to Parliament’s consciousness. 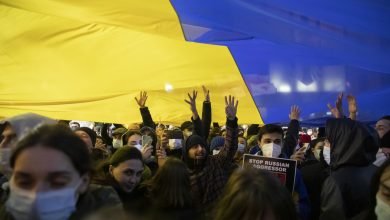