President of Georgia Salome Zurabishvili and the Foreign Ministry said today that the Russian Federation, as the occupying power, is responsible for the drowning of three Gali district residents, that tried to swim Enguri river to leave Abkhazia to Georgia proper.

“The complete responsibility for today’s tragedy lies with the occupation regime,” stated President Zurabishvili. The Georgian President said it is alarming that restrictions on free movement are costing the lives of Abkhazia residents, who are trying to “overcome” the consequences of the severe humanitarian crisis in the region.

The Ministry of Foreign Affairs said, on its part, that the incident clearly illustrates the “human cost” of Russian occupation, also the “unbearable living conditions and the severe security and humanitarian situation on the ground.” “Residents of Abkhazia and Tskhinvali Region have turned into the hostages of Russian occupation for years,” the Ministry underlined.

The Georgian authorities said the Gali locals took the river route to avoid being detained by the occupying forces for crossing the dividing line on the ground, through the crossing point. The movement between the occupied region and Tbilisi-controlled territory is largely restricted by the Kremlin-backed Abkhaz since February 2020, soon after the outbreak of the COVID-19 pandemic.

Petre Tsiskarishvili of the United National Movement, the largest opposition party, said the incident was a “result” of the Georgian Dream government’s policies, including the “unbearable” five-day mandatory coronavirus quarantine imposed on those entering Georgia proper from the occupied regions.

European Georgia party’s Sergi Kapanadze argued the locals seemingly took the “roundabout” path to avoid being placed in the Tbilisi-imposed quarantine. Kapanadze said residents of Abkhazia and Tskhinvali region/South Ossetia should be entitled to freely enter Tbilisi-controlled territory, and be offered testing for COVID-19 instead of mandatory isolation.

Abkhaz authorities slightly eased the dividing line crossing rules in February 2021 for certain groups, including the elderly, pensioners, and persons with special needs. In the meantime, Tbilisi then announced about maintaining mandatory quarantine for those crossing from Abkhazia, albeit for five days from twelve previously. 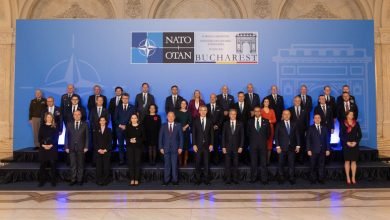