Chikovani spoke after the meeting of the coronavirus task force and said those five countries had also opened their borders to Georgian nationals without any conditions.

Before traveling to Georgia, passengers from those countries will have to fill out an online form, detailing their travel history during the past 14 days, their intended residence in Georgia, and their contact information. This form will be available at www.StopCoV.ge website.

In case their body temperature at the time of arrival exceeds 37 degrees Celcius, the visitors from those countries will have to pass the PCR test upon arrival.

Chikovani said Georgia reached an agreement with Lufthansa, the German carrier, to conduct Munich-Tbilisi flights twice a week starting from August. He added that the Government is also holding talks with AirFrance and AirBaltic.

The Government representative noted that business trips from all countries to Georgia will be allowed, albeit with the prior consent of the relevant government agency. Business visitors will be obliged to complete a PCR test at their expenses every 72 hours or pass a mandatory 14-day quarantine, at their own expense. This, of course, does not concern the visitors from the five countries mentioned above.

Importantly, the Georgian citizens returning from all EU member states will be required to undergo a 14-day quarantine.

Prime Minister’s spokesperson then added that the Government is conducting talks over reopening the borders with the other EU nations – without naming the specific countries – that have unconditionally lifted travel barriers for Georgian citizens. Spain and Romania are among those EU nations that have earlier announced about reopening borders with Georgia if the reciprocity is observed.

In the meantime, the Prime Minister’s spokesperson noted that Georgia will keep travel restrictions for the citizens of the EU countries – Austria, Belgium, Bulgaria, Denmark, Norway, Malta, Finland, Switzerland, Czech Republic, Slovakia, and Hungary – that have not followed EU’s recommendation to open the borders for Georgia. In this context, Chikovani added that a joint commission has been set up with Hungary to discuss the mutual reopening of borders.

Georgia introduced a travel ban on foreign visitors on March 18, 2020, at the outset of the crisis. Despite the earlier pledge to open the borders for international tourism from July 1st, the government extended the restrictions, with the regular flights being suspended until further notice.

Follow our live updates about COVID-19 situation in Georgia: 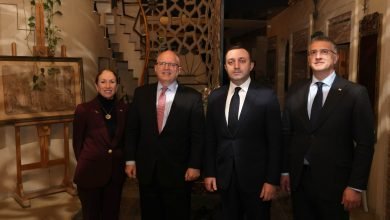